Unravel the Mysteries of Borderland... 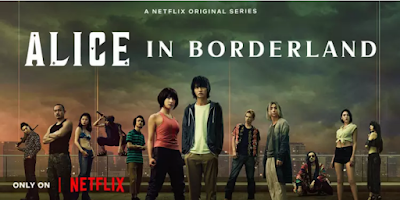 ALICE in BORDERLAND - Season 2
“If we clear all the games, can we return to the real world?”
This mega-hit survival drama starring Kento Yamazaki and Tao Tsuchiya and directed by Shinsuke Sato has been widely anticipated across the globe. Now, the long-awaited continuation of the series that reached the Top 10 in at least 70 countries worldwide is finally set to stream! Arisu (Kento Yamazaki) and Usagi (Tao Tsuchiya) try to unravel the mysteries of Borderland to return to the real world. In a place they believe holds the key to uncovering these mysteries, they meet allies, enemies, and the mastermind behind all of the games. Arisu and the others pit themselves against games of a scale and difficulty that exceed the first season. The remaining games are only the Jack, Queen, and King cards, but will they be able to collect them all and return to the real world? The hugely popular series that astounded the world returns with even more thrills and excitement!
Now Streaming on Netflix
▶ Watch the Trailer
Posted by anim8trix at 12:00 AM