Why You Should Be Watching 'PANTHEON'... 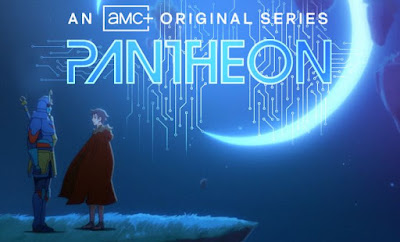 PANTHEON
What if we told you that AMC+ streams an hour long adult animated sci-fi drama, and that it’s one of the best series we’ve seen in the past few years? Well it’s called PANTHEON, and it rules.
Bullied teen Maddie begins receiving messages from a mysterious stranger that claims to be her recently deceased father, David; his consciousness has been uploaded to the cloud after an experimental brain scan, and it turns out he's not the only one.
▶ Watch the Video
Posted by anim8trix at 12:00 AM