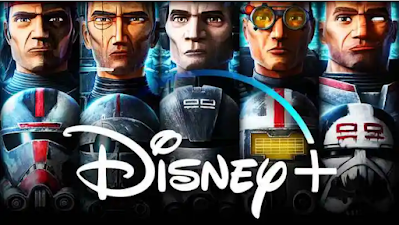 THE BAD BATCH - Season 2
[Source: TheDirect] Star Wars will take a new direction with the release of The Bad Batch during its run on Disney+, making history in the process. Fans recently got their eyes on the first trailer for Season 2 of The Bad Batch thanks to an unexpected post on the main Disney+ website, showing the fandom what Hunter, Wrecker, Omega, and the team will have to face across the galaxy. This season will even include a couple of classic Star Wars clones like Commander Cody from the original trilogy and Captain Rex from The Clone Wars, touching on plenty of Star Wars story threads from the 21st century. The show is set to arrive on Disney+ shortly after the new year begins, complete with the first two episodes both arriving on the streaming network on January 4.


But while a two-episode premiere is far from uncommon during Disney's streaming era, The Bad Batch will take a more unique route with the release of later episodes as well.

According to the official press release for Star Wars: The Bad Batch Season 2, the season will conclude on March 29 with both Episode 15 and Episode 16 being released simultaneously. This is the first time that any Disney+ show has released two episodes in the finale week of its season. Additionally, on top of the double season-opener and the double-season finale, there will be a third instance of two episodes premiering at once for the mid-season finale on February 8 with Episode 7 and Episode 8.