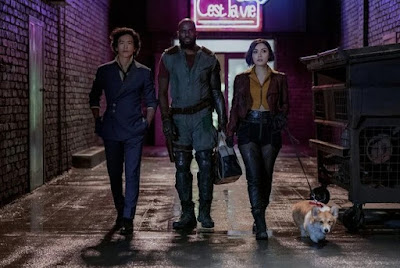 Netflix's Live-Action Cowboy Bebop
Premieres November 19, 2021
[Source: Anime News Network] Netflix announced on Monday that its live-action adaptation of Sunrise's Cowboy Bebop anime will premiere on November 19. The company posted photos of the cast members as their characters: (seen above from left to right) John Cho as Spike, Mustafa Shakir as Jet, and Daniella Pineda as Faye. 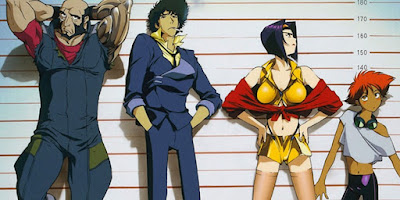 Based on the worldwide phenomenon from Sunrise Inc., Cowboy Bebop is the jazz-inspired, genre-bending story of Spike Spiegel, Jet Black, Faye Valentine and Radical Ed: a rag-tag crew of bounty hunters on the run from their pasts as they hunt down the solar system's most dangerous criminals. They'll even save the world… for the right price. 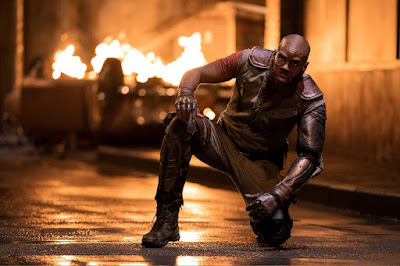 Pineda had revealed on Instagram in March that the live-action series had finished filming the first season. 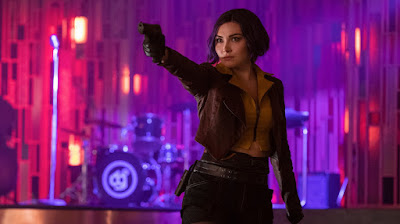 Netflix posted a "Behind the Scenes" video on October 2019 to mark the start of production. The production on the first season was on hold in New Zealand after lead actor John Cho's on-set knee injury in October 2019, followed by a shutdown due to the new coronavirus disease (COVID-19). In July 2020, New Zealand's Ministry of Business, Innovation, and Employment began allowing the series' crew to enter the country for filming in the next six months, even as most countries are still dealing with COVID-19. 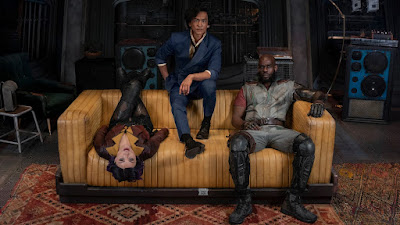 Writer and executive producer Jeff Pinkner teased in April 2020 that the show's staff is planning a second season. Pinker said that the project's one-hour episode length allows them to "really tell stories set in that world in a way that hopefully will not only delight the fans of anime but expose a whole bunch of new people to the world of Cowboy Bebop, the awesome work of Yoko Kanno." 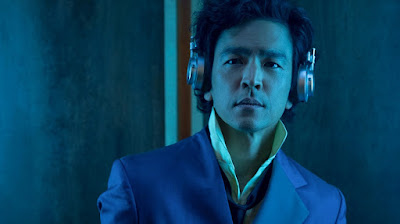 The series is a co-production between Netflix and Tomorrow Studios, with Netflix handling physical production. Tomorrow Studios is a partnership between producer Marty Adelstein (Prison Break, Teen Wolf, producer for the live-action One Piece project) and ITV Studios. Shinichiro Watanabe, the original anime's director, is serving as consultant for the project. Andre Nemec, Josh Appelbaum, Jeff Pinkner, and Scott Rosenberg of Midnight Radio are credited as showrunners and executive producers. 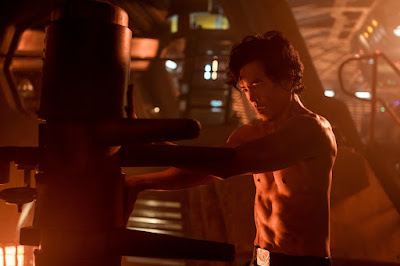 Tomorrow Studios' Marty Adelstein and Becky Clements; Yasuo Miyakawa, Masayuki Ozaki, and Shin Sasaki of Sunrise (the studio that animated the original series); and Tetsu Fujimura and Matthew Weinberg are also credited as executive producers. Chris Yost (Thor: The Dark World, Thor: Ragnarok) is writing the series, and is credited as executive producer. 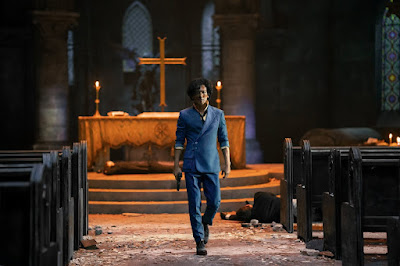 The original anime series follows the motley crew of the spaceship Bebop as it travels throughout the solar system in search of the next job. The anime inspired Cowboy Bebop: The Movie in 2001. Funimation released the series on Blu-ray and DVD in North America in 2014, and screened the film in the United States in 2018, the 20th anniversary of the original series. 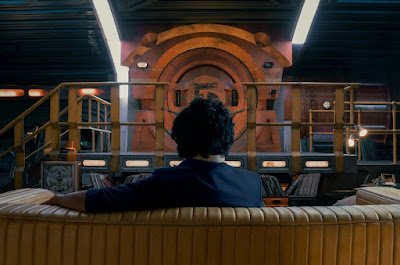