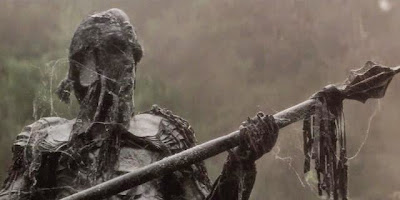 Rediscover this Empire Strikes Back
theatrical companion short 'Black Angel'
Accompanied by an exclusive introduction from the director Roger Christian, the incredible fantasy short returns. It was first released in certain cinemas ahead of Star Wars Episode V: The Empire Strikes Back in 1980. Lost for 35 years, it has been found and restored to its former glory.