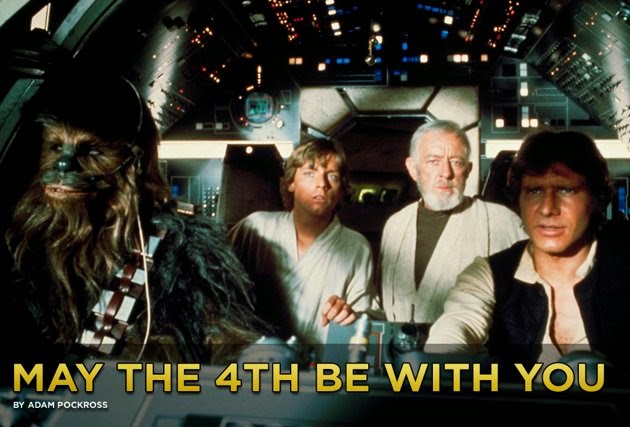 S T A R   W A R S   D A Y
The reference was first used on May 4, 1979, the day Margaret Thatcher took office as Prime Minister of the United Kingdom. Thatcher's political party, the Conservatives, placed a congratulatory advertisement in The London Evening News that stated "May the Fourth Be with You, Maggie. Congratulations." This reading of the line has also been recorded in the UK Parliament's Hansard.

Fans (even government officials) have celebrated Star Wars in a variety of ways in social media and on television.

Since 2013, Disney Parks have celebrated the holiday with several Star Wars events and festivities. The Walt Disney Company had purchased Lucasfilm including the rights to Star Wars in late 2012.
Posted by anim8trix at 12:30 AM