The country's biggest arcade is in Chicago! 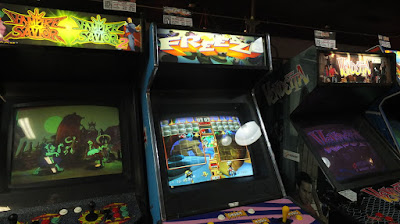 Galloping Ghost Arcade is a 640-piece gamer's paradise in Chicago
[Source: Syfy] Looking at the Galloping Ghost Arcade just outside Chicago, it becomes easy to forget that traditional arcades are nearly dead. While on the outside it looks like a small place to hit up a few old-school arcade games, the lines of machines swarmed by players show how bustling it truly is. Being the largest arcade in the U.S., Galloping Ghost Arcade has built both an impressive collection and a strong community focused on both the nostalgia and the continuing tradition of arcade gaming. 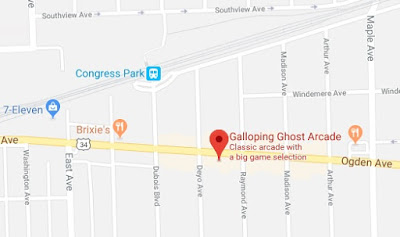 9415 Ogden Ave, Brookfield, IL 60513
Of course, Galloping Ghost’s beginnings were smaller. Starting with only 130 games, the arcade has increased its library nearly five times over, with a current collection of over 640 games. Focused on “bringing arcade gaming to the public,” Galloping Ghost eschews tokens for a flat $20 fee for the day, allowing players to experiment and dive into the arcade’s library without spending obscene amounts of money.

Even with the large number of players usually gathered to check out both popular classics and hidden gems, the sheer amount of games means there are virtually no lines for specific titles. Any fear of missing out is further dampened by the arcade's long operation hours and low entry fee; whether you’re dropping in for a couple rounds of Space Invaders or sticking around till it closes at 2 a.m., you will easily find something to enjoy.

While the lively community and low price tags are welcome perks, the main driving force behind this arcade is its library. With classic titles such as Galaga, Pac-Man, and Street Fighter, players are able to experience the very games that dominated arcades during their heyday. However, it is the less common games that make the Galloping Ghost Arcade so interesting to explore. Since most of these games feature quick playtime, it's easy to experience a wide variety in only a few hours. Of course, with 640 titles, the array of options could easily leave you paralyzed. For those looking for a few quick picks, here are some interesting lesser-known games worth checking out at Galloping Ghost.

Metal Gear Arcade
Easily one of the more recent arcade games at the Galloping Ghost, Metal Gear Arcade takes the settings and visuals from Metal Gear Solid 4 and blends it with third-person action. Besides the Metal Gear title, the most interesting aspect of Metal Gear Arcade is its controls, with a controller that is a cross between a light gun and a traditional controller. Granted, this does make movement feel awkward, but the entertaining action and modern style still allow players to find some fun in this odd Metal Gear title. 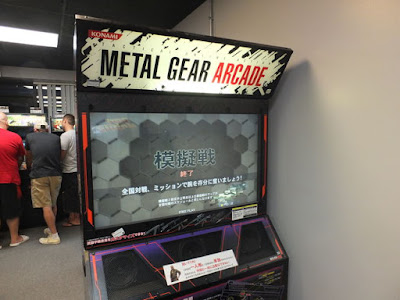 Rad Mobile
While a more traditional racer, the moving arcade pod makes Rad Mobile a must-try at Galloping Ghost. Relying on a tilting arcade pod, the game helps players feel like they’re racing through these courses, with each turn actively thrusting the pod into every direction. Admittedly, this can lead to some motion sickness, but if you are willing to power through, Rad Mobile can be a memorable time with a standard racer. 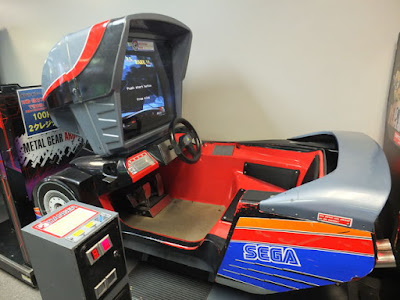 Grid
Grid feels like a Quake-style FPS converted into a third person, multi-cabinet local-multiplayer shooter. Using both a joystick and a trackball, Grid oddly mirrors the accuracy seen in standard shooters, allowing players to actually track moving targets. However, Grid is meant to be played for the experience rather than the game itself, as its maps are overly simplistic and the matches themselves lack any real pacing. Despite the shallowness, Grid is something definitely worth trying just for the controls. 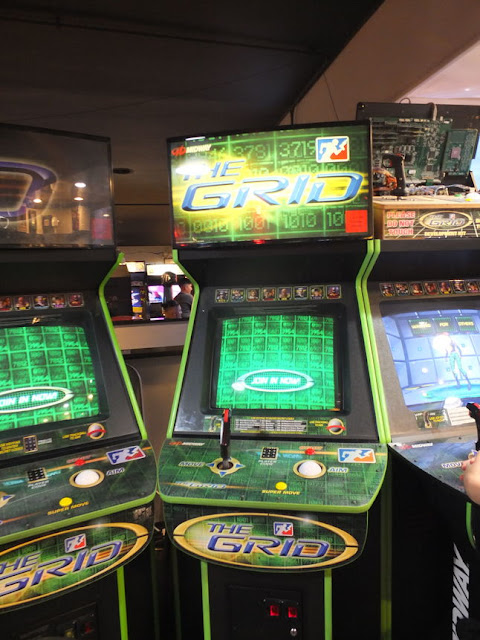 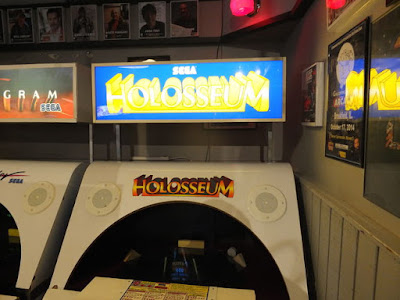 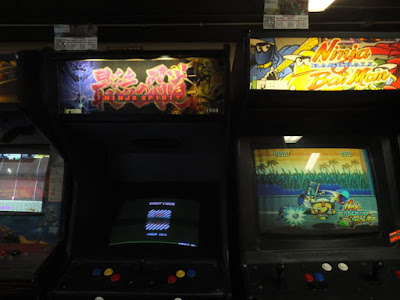 GORF
A combination of numerous space shooters, GORF allows players to sample a new playstyle each level. Taking levels from Galaxian and Space Invaders, GORF feels like the game version of a homemade mixtape, combining pieces from multiple sources to make an enjoyable experience. If you have limited time and want to experience a multitude of games, GORF can give you a nice sample of the classics. 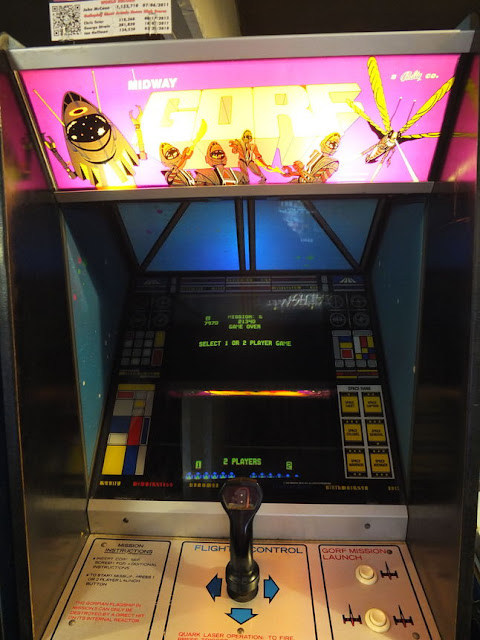