Live-Action Keep Your Hands Off Eizouken! 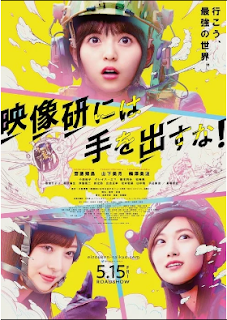 Trailer for Live-Action
Keep Your Hands Off Eizouken!
Source: AnimeNewsNetwork] The official Twitter account for the live-action project of Sumito Ōwara's Eizōken ni wa Te o Dasu na! (Keep Your Hands Off Eizouken!) manga began streaming a 30-second teaser trailer for the film on Wednesday. The video previews the "Greatest World" imagination segments in the film, and highlights the Robot Club's robot model.
The film was originally scheduled to open on May 15, but TOHO and the film's production committee delayed the film's opening until further notice, due to the spread of the new coronavirus disease (COVID-19).

The six-episode television series premiered on April 5 on MBS, and on April 7 on TBS. The film and series have the same staff and cast. Oto Abe and Satoshi Uekiya co-star in the series. 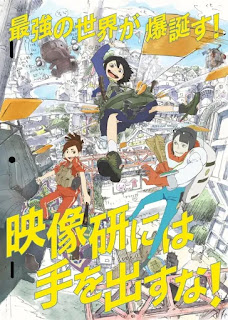 The manga follows Midori, Tsubame, and Sayaka, an energetic trio of first-year high school girls who come together in the Eizouken (Video Research Club) to turn their anime dreams into a reality. Midori is nervous to create an anime alone. She meets Tsubame who appears to be a well-to-do girl but she really has artistic dreams of being an animator. Midori's best friend Sayaka has the financial sense to bring the project to fruition and joins the pair on their quest.

Ōwara launched the manga in Shogakukan's Gekkan! Spirits magazine in 2016. The series was nominated for the 11th Manga Taisho awards in 2018, and it won the top Bros. Comic Award in 2017. Dark Horse Comics licensed the manga, and will release the first volume on October 6.

The manga inspired a television anime by Masaaki Yuasa and Science SARU that premiered on NHK General on January 5, and ended on March 22 with 12 episodes. Crunchyroll streamed the series in North America, Central America, South America, Europe, Africa, Oceania, and the Middle East.