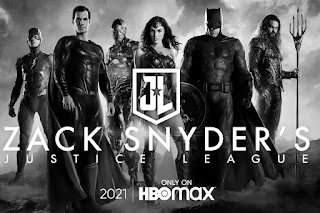 THE SNYDER CUT
On May 20th, the day after Ruby Rose’s exit from Batwoman, Zack Snyder announced the upcoming release of The Snyder Cut of Justice League for HBO Max. But why, after so long in limbo, was it suddenly announced now? Could it have something to do with Star Wars The Mandalorian over at Disney+ ? In this editorial, we will very briefly recap exactly what the Snyder Cut is and isn’t, why releasing it wasn’t an issue before, why it’s being released now, what form it might take.
▶ Watch the Video
Posted by anim8trix at 12:00 AM