Tenchi Muyo! GXP
Seina Yamada is a young Japanese high school student living with his parents and younger sister in rural Okayama, Japan. One morning, following a hapless bike ride through the country, a large spacecraft crashes into the lake behind the Masaki residence, causing a violent tsunami that Seina is unable to escape from and he sinks, almost drowning. 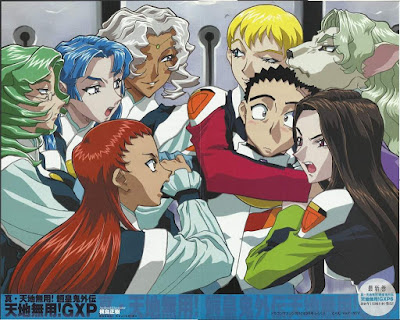 He regains consciousness shortly after, meeting Amane Kaunaq, the spacecraft's pilot, who gives Seina an application. Seina takes it, and shows it to his family at home. Mistaking it for a contest entry, his mother and sister aggressively force him to fill it out; afterwards, he retreats to his room and falls asleep. The following morning, awakened aboard a vessel in orbit, Seina is informed by an official that he has successfully joined the Galaxy Police. It also revealed that the Galaxy Police originally meant to recruit Tenchi, but they got Seina instead.
Here's something to binge-watch while you shelter-at-home.
▶ Watch all Tenchi Muyo! GXP 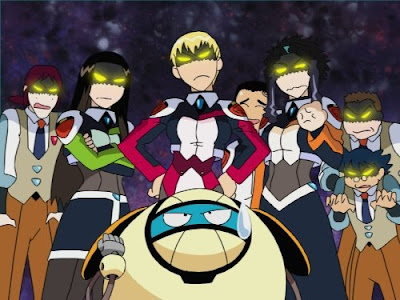