"Vinland Saga is one of the BEST Anime in the past ten years. It has a solid story, strong fascinating characters, and excellent animation all taking place in the heart of historical fiction. Vinland Saga deserves to be on everyone's Must-See anime list."
- anim8trix 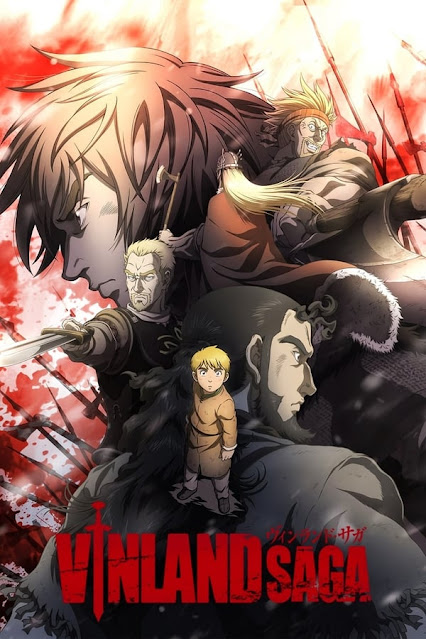 VINLAND SAGA
Fifteen years ago, the Viking commander, Thors Snorresson, deserted a sea battle and commenced a peaceful life in Iceland with his wife Helga. Now, in the year 1002, their young son, Thorfinn, longs to see the paradise called Vinland. However, the Viking Floki arrives at Thorfinn's village planning to murder the boy's father Thors, who is revealed to be a former Jomsviking. After his father's death, Thorfinn joins Askeladd's crew in order to avenge his father and constantly challenges his commander to various duels. By 1013, Askeladd's company find employment as mercenaries in the Danish invasion of London under Thorkell the Tall.

The two Viking bands later clash when their commanders seek to capture the young Danish Prince Canute, Askeladd's company succeeding but are forced by Thorkell's forces to take refuge for the winter in the frozen north of England near the Danish encampment at Gainsborough. Upon finding the effeminate Canute timid and heavily dependent on his caretaker Ragnar, a deeply disappointed Askeladd briefly changes his initial plan of backing the prince to hold him ransom. But a sudden attack by Thorkell's brigade forces Askeladd to change his mind, murdering Ragnar to force Canute to stand up for himself. The prince brings both Thorkell and Askeladd's remaining forces under his command as he confronts his father, who decides not to kill Canute after he proves his worth, while adamant to have Harald as his heir.

Canute and his companions formulate a plot to put him on the throne, but things don't go according to plan. 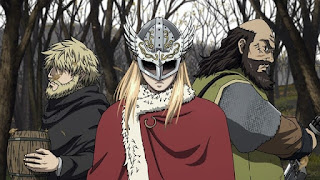 ▶ Watch the Entire Series
Posted by anim8trix at 12:00 AM