RECORD of RAGNAROK
"Shuumatsu no Valkyrie" first PV has been revealed! The TV anime series will be animated by Graphinica studio and will be produced by Warner Bros. Japan. "Shuumatsu no Valkyrie" anime adaptation is slated for 2021! The Gods called for a conference to determine whether to let humanity live or die, after a bit of discussion they have decided to destroy humanity. But one of the Valkyries "Brunhilde" made a proposal to let the Gods and humans fight one last battle, as a last hope for humanity's continued survival. 13 Gods will fight against 13 human champions in 1 on 1 battles to decide whether humanity lives or dies!
▶ Watch the Trailer 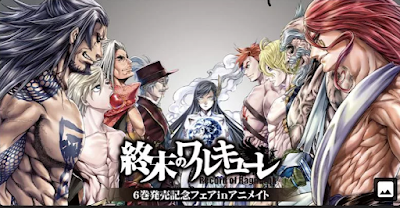