'The Life of Hilda' by Bella Ramsey 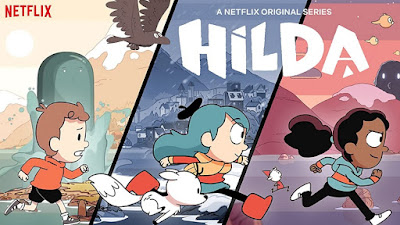 THE LIFE of HILDA
‘The Life of Hilda’ written, sung and composed by the fabulous Bella Ramsey to celebrate the launch of Hilda Season 2 on December 14th!
▶ Watch the Music Video
Hilda is a British-Canadian animated television series based on the graphic novel series of the same name by Luke Pearson. Produced by Silvergate Media and Mercury Filmworks, the series follows the adventures of fearless Hilda, a blue-haired girl who, along with her deerfox Twig, travels to the city of Trolberg, where she befriends even the most dangerous monsters.
Posted by anim8trix at 12:00 AM