A Year Without A Santa Claus
Enjoy the Songs of the Most Beloved Christmas Shows Ever!
Santa Claus wakes up with a cold sometime before Christmas. His doctor, who thinks nobody cares about him anymore, advises him to make some changes to his routine, so Santa decides to take a holiday instead of delivering gifts. Mrs. Claus unsuccessfully tries to convince him otherwise, so she enlists two elves named Jingle and Jangle to find proof that people still believe in Santa. Jingle and Jangle set out with Santa's youngest reindeer Vixen, but are shot down by crossfire between the conflicting Miser Brothers: Snow Miser, who controls the world's cold weather, and Heat Miser, who controls its warm weather.

Jingle, Jangle, and Vixen come upon Southtown, a small town in the southern United States. They ask a group of children, including a boy named Iggy, if they believe in Santa, but they are skeptical. To make matters worse, Vixen is ticketed by a policeman and later sent to the local dog pound after Jingle and Jangle disguise her as an "instant Rover". The policeman refers them to the town's mayor, who laughs at their story but agrees to free Vixen if they can prove they are elves by making it snow in Southtown on Christmas.

Jingle and Jangle call Mrs. Claus to pick them up. As she leaves, Santa discovers Vixen is missing and travels to Southtown himself to retrieve her while disguised as a civilian named "Claus". While there, he meets Iggy and his family. Iggy asks him if he believes in Santa, and he replies that he believes "like I believe in love". Iggy's father reveals that Santa personally visited him one Christmas, and he still believes. When "Claus" leaves to retrieve Vixen, Iggy realizes his true identity and resolves to help Jingle and Jangle.
Iggy joins Mrs. Claus when she arrives to pick up Jingle and Jangle, and together they visit the Miser Brothers. They ask Snow Miser to send snow to Southtown for a day; he is agreeable but says he cannot as it is part of Heat Miser's territory. They then ask Heat Miser, who says he will only comply if Snow Miser gives him the North Pole for a day in exchange. The brothers begin bickering again; Mrs. Claus goes to see their mother, Mother Nature, who convinces her sons to compromise.
As Christmas approaches, the world's children send their own presents to Santa, setting off international headlines. However, one girl misses Santa and writes him that she will have a "Blue Christmas". Touched by the outpouring of generosity and appreciation, Santa decides to make his journey after all. On Christmas Eve, he makes a public stop in Southtown during a snowfall. The next day, the children, including Iggy, are delighted to receive their presents.
As the special ends, Mrs. Claus narrates that somehow, "yearly, newly, faithfully and truly", Santa always comes. Santa is shown getting out of bed to prepare himself, his reindeer, and his gift-loaded sleigh, remarking he could never imagine "a year without a Santa Claus".
▶ Watch the Movie 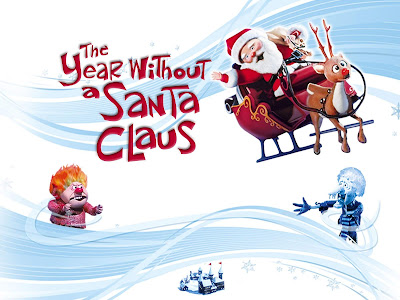