Remember the Movie Everyone Loves to Hate? 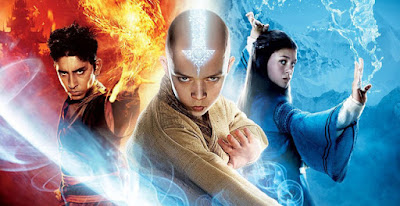 The Last Airbender Pitch Meeting
Step inside the pitch meeting that led to Avatar: The Last Airbender Live-Action! Witness where everything went so wrong.
▶ Watch the Pitch
For a brief moment in the early 2000’s, people were referring to M Night Shyamalan as “The Next Spielberg.” With popular hits like The Sixth Sense and Signs, it seemed like the director was going to churn out classic after classic. But then came The Village… Lady in the Water… The Happening… Opinions started to change. Then came “The Last Airbender” in 2010, which not only solidified the new, negative public opinion of Shyamalan, but also enraged fans of the animated series around the world.
The Last Airbender definitely raises a lot of questions. Like why rush through twenty episodes in ninety minutes? Why is there so much narration and exposition? Why are everybody’s names being pronounced wrong? Why doesn’t anyone have any personality? Why does bending look so weird? What was up with that Earth Tribe scene? Who thought this was a good idea?!
To answer all these questions and more, step inside the pitch meeting that led to The Last Airbender! It’ll be super easy, barely an inconvenience.
Posted by anim8trix at 12:00 AM