Grant Imahara from Mythbusters Has Died... 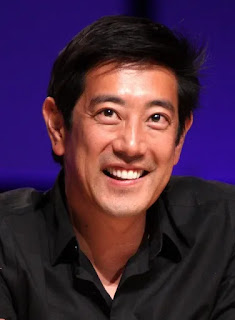 GRANT IMAHARA
[Oct 23, 1970 – July 13, 2020]
Worked on Mythbusters and Lucasfilm
[Source: AVClub] As reported by The Hollywood Reporter, former MythBusters host Grant Imahara has died. The news was confirmed by a statement from a Discovery representative, referring to Imahara as an “important part of our Discovery family and a really wonderful man.” A cause of death was not given, but THR’s sources say he died suddenly from a brain aneurysm. Imahara was 49.

Grant Imahara was born in 1970 and studied electrical engineering and robotics at the University Of Southern California, which he managed to turn into a visual effects career by landing a job with Lucasfilm after college. He worked with the THX and Industrial Light And Magic, working on effects for major movies like the Star Wars prequels (where he somewhat famously updated and operated the R2-D2 robots used in filming), the Matrix sequels, and cult classic Star Trek homage Galaxy Quest. He was also a competitor on BattleBots, helped design the modern Energizer Bunny, and built Craig Ferguson’s robot sidekick Geoff for The Late Late Show.
It was through ILM that Imahara met Jamie Hyneman and Adam Savage, who invited Imahara to join them on the MythBusters team in the show’s third season. Along with co-hosts Kari Byron and Tory Belleci, Imahara was part of the “Build Team” and constructed machines and robots to test myths and—in a nod to his other career—recreate stunts and effects from movies and TV to see how viable or realistic they were. The playful banter and bickering between Hyneman and Savage was the highlight of the MythBusters segments they hosted, but Imahara, Byron, and Belleci brought an infectious enthusiasm and passion to everything they touched on the show. The three of them left MythBusters in 2014, shortly before the show itself came to an end. In 2016, Imahara reunited with Byron and Belleci for the one-season White Rabbit Project on Netflix. 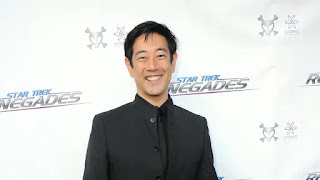 On Twitter, Savage said that Imahara was a “truly brilliant engineer, artist, and performer, but also just such a generous, easygoing, and gentle person.” Earlier today, possibly coincidentally, Kari Byron posted a photo of herself with Imahara and Belleci along with the caption “somedays I wish I had a time machine.” She has since shared several other photos of Imahara from the MythBusters days. 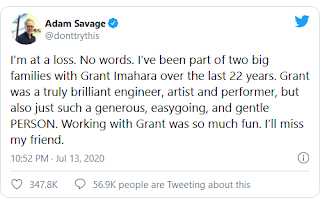 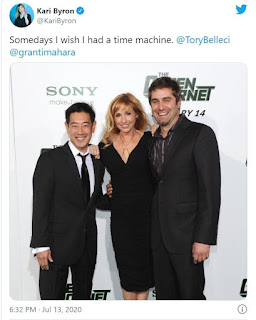