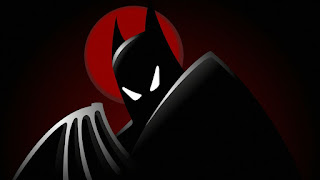 B   A   T   M   A   N
THE ANIMATED SERIES
▶ Watch the Documentary
When animators Paul Dini and Bruce Timm were tasked with creating an animated Batman cartoon, no one knew whether the team would be able to reinvent the character away from his campy television roots. But what came out of their collaboration was "Batman: The Animated Series", an award-winning new chapter in the story of the Caped Crusader. Explore the complex, nuanced world and exceptional characters created #BehindTheScenes by the designers, composers, and directors of this groundbreaking series.
The Heart of Batman Documentary
This Emmy-winning series has defined Batman for legions of fans with its gripping plots, multidimensional characters and superb voice talent. Amidst all the terror one man walks the fine line between vengeance and justice as often as he balances his crime fighting persona and his billionaire playboy public life. This is the Batman series that introduced a new kind of super hero: cool, composed, uncompromising.
Posted by anim8trix at 12:00 AM