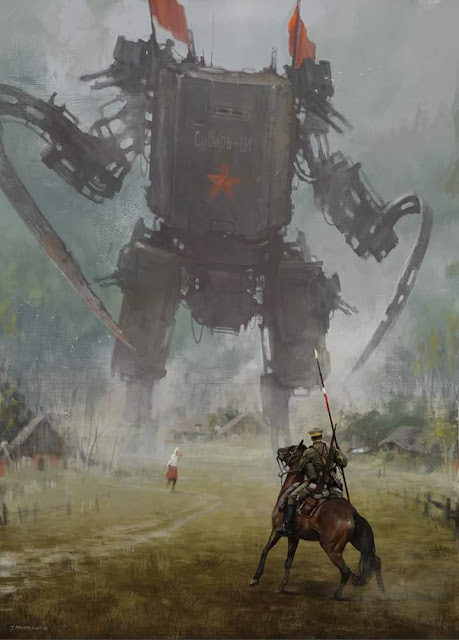 I R O N   H A R V E S T
Iron Harvest is a real-time strategy dieselpunk-style video game, in development by King Art Games and published by Deep Silver. The game is planned to be released for Windows, PlayStation 4 and Xbox One on September 1, 2020. The game is set in the 1920+ alternate history universe created by the Polish artist Jakub Różalski, which was popularized by the board game Scythe. The 1920+ universe is inspired by the Polish–Soviet War of 1919-1920, and the game's theme has been described as "dieselpunk mecha". The story is focused on the conflict between three nations in Central and Eastern Europe — Polania, Rusviet and Saxony (based respectively on Poland, Soviet Union, and Germany) that occurs sometime in the 1920s, in the aftermath of World War I.
▶ Watch the Trailer
Posted by anim8trix at 12:00 AM