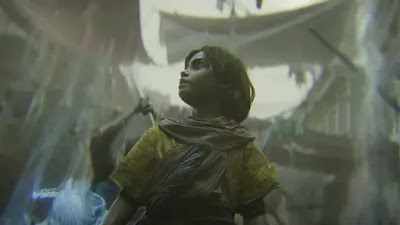 Introduced as a next-gen adventure game during Opening Night Live in August 2020, Unknown 9: Awakening tells the story of a young Indian girl who is able to access hidden dimensions with a supernatural ability. Little else is known, but developer Reflector Entertainment does get into specifics:

"Raised on the streets of Kolkata, India and haunted by visions of her own death, Haroona struggles to understand her mysterious innate abilities to manipulate the unseen," an official summary reads. "A mentor soon helps Haroona hone her gifts, teaches her to access the mysterious hidden dimension known as The Fold and propels her on a journey to unlock the mysteries of this new realm."
Posted by anim8trix at 12:00 AM