The Final Attack on Titan Begins!

A T T A C K  on  T I T A N
F I N A L   S E A S O N
Upon the airing of the final episode of the third season on July 1, 2019, it was announced that the fourth and final season of the anime series was scheduled for release on Fall 2020 on NHK General. On September 22, 2020, Crunchyroll and Funimation announced that the final season would be streaming "later this year" in 2020. On September 23, 2020, NHK listed the final season on their broadcasting schedule as airing on December 7, 2020. On May 29, 2020, the final season was confirmed to have switched production studios to MAPPA. Jun Shishido and Yūichirō Hayashi are replacing Tetsurō Araki and Masashi Koizuka as chief director and series director respectively, scriptwriter Hiroshi Seko is taking over the series composition from Yasuko Kobayashi, and Tomohiro Kishi is replacing Kyōji Asano as character designer. Hiroyuki Sawano is being joined by Kohta Yamamoto to compose the music
▶ Watch the Trailer 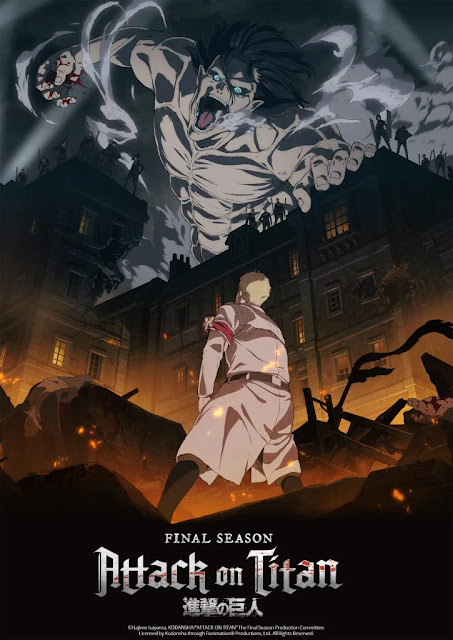