The Problem with New "Masters of the Universe" 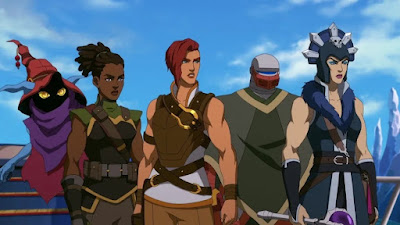 The Problem with Kevin Smith's
MASTERS OF THE UNIVERSE
R  E  V  E  L  A  T  I  O  N
Masters of the Universe Revelation is but a couple of days away from release, and promotion is ramping up. As part of that promotion, more members of the voice-cast are now weighing in on why you should all be excited – but honestly, it would have been better if they had kept quiet.
There is a shocking lack of He-Man or any strong male leads in this new series...
In this editorial, Andre Einherjar will go through what Teela voice-actor Sarah Michelle Gellar seemingly deemed problematic about the original Filmation series, how excited she is that Revelation appears to do better; and finally, how the very change she considers a revelation could end up being the downfall of the entire series. The revelation being that this is a "Woke" series.
Otherwise known as... "The Teela Show"
▶ Watch the Video
The Controversy over Kevin Smith
The reviews are in...