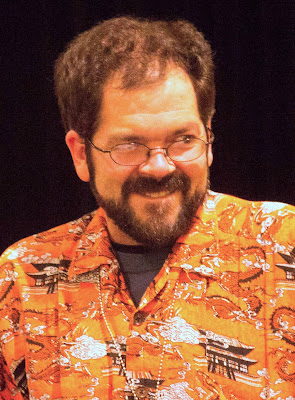 She continued, "Chris loved you all. How much he loved other people filled the vast majority of our conversations. To those of you who truly loved him back, thank you. To those of you who stayed in touch, checked on him, reminded him that he was so, so much more than his job, you were the fuel of his fight. You fed the dreams of a future that kept him going longer than any normal person could go."

Ayres was diagnosed with end-stage cardio obstructive pulmonary disease in 2017, and openly shared updates on his health battles on social media, including his hospital stays and surgeries. Though LaPorte's statement didn't mention a cause of death, she did reference those health struggles. "I hope where you are, the first thing you did was take a long, deep breath with your perfect lungs and danced again," she wrote.

Ayres first took on the role of Frieza in the Dragon Ball series after joining Funimation's dub of Dragon Ball Z Kai. He continued to be a part of the franchise, ending with the Dragon Ball Super: Broly movie.

Funimation shared their condolences upon learning the news, sharing in a note on Twitter, "Rest In Peace, Christopher Ayres. Thank you for all that you've done for so many fans. We'll miss you dearly." Adult Swim also tweeted, "RIP Chris Ayres, Frieza Forever."

Ayres delivered a number of other anime performances throughout his career such as those in Maburaho, Black Butler, Sengoku Basara, Gantz, Tears to Tiara, Fairy Tail, Panty & Stocking with Garterbelt, and many others. He also served as ADR director and scriptwriter for numerous English dubs.