Toss a Coin to Your Witcher... 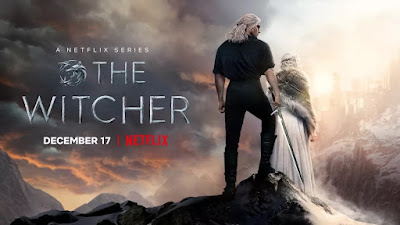 THE WITCHER - Season 2
You can't escape the monster within.
Revisit the journey so far and get a glimpse of what's ahead.
The first episode of the new season would be an adaptation of Andrzej Sapkowski's A Grain of Truth – one of the stories, on which the show is based, that was cut from the first season. It's a story of a father and daughter coming together in a place that doesn't quite feel safe for them – and of course, we really get into Nivellen who's played by the incomparable Kristofer Hivju, and we get to explore his character and his backstory with Geralt as well. It's really the perfect kick-off for season two because it's about family. It's about the secrets that we keep from each other, and it's about the monsters that we are inside sometimes. Convinced Yennefer's life was lost at the Battle of Sodden, Geralt of Rivia brings Princess Cirilla to the safest place he knows, his childhood home of Kaer Morhen, While the Continent's kings, elves, humans and demons strive for supremacy outside its walls, he must protect the girl from something far more dangerous: the mysterious power she possesses inside.
▶ Watch the Trailer
The Witcher Season 2 premieres December 17 on NETFLIX.
Posted by anim8trix at 12:00 AM