There's a little magic in all of us... almost all of us 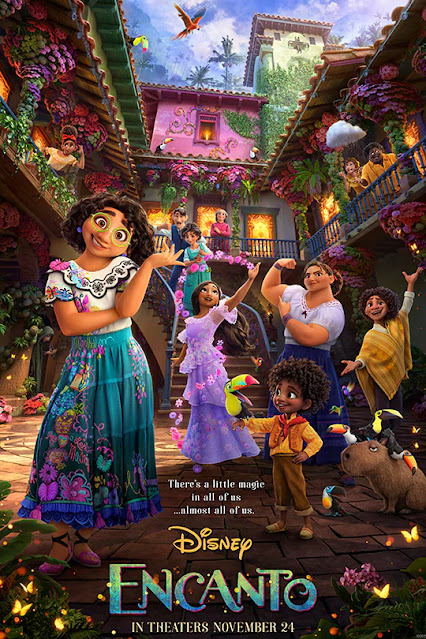 Disney's ENCANTO
This November, find your magic.
▶ Watch the brand-new trailer
for Disney’s Encanto, coming to theaters this Thanksgiving.
Walt Disney Animation Studios' upcoming feature film “Encanto” tells the tale of the Madrigals, an extraordinary family who live in a wondrous, charmed place called an Encanto. Each child has been blessed with a magic gift unique to them—each child except Mirabel. But when the family’s home is threatened, Mirabel may be their only hope. 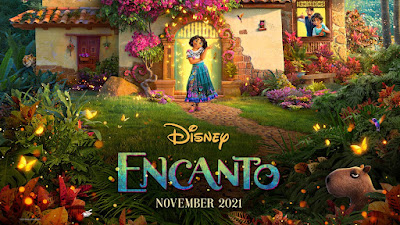 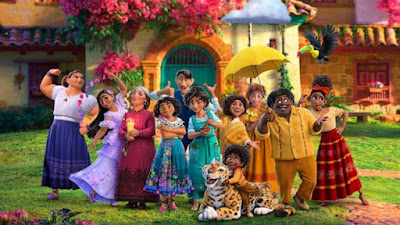 The film features all-new songs by Lin-Manuel Miranda (“Hamilton,” “Moana”) and is directed by Byron Howard (“Zootopia,” “Tangled”) and Jared Bush (co-director “Zootopia”), co-directed by Charise Castro Smith (writer “The Death of Eva Sofia Valdez”) and produced by Clark Spencer and Yvett Merino. Bush and Castro Smith are screenwriters on the film.Walt Disney Animation Studios’ “Encanto” opens in theaters November 24, 2021.
Posted by anim8trix at 12:00 AM