A Conductor who makes a pact with Destiny... 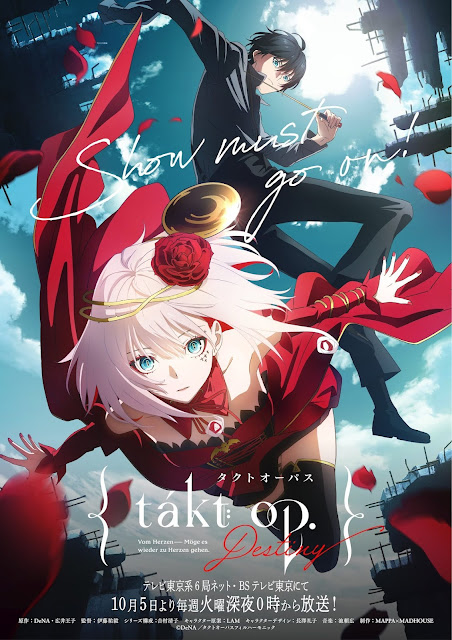 takt op DESTINY
Takt Op is set in a world where music cannot be played freely because it attracts monsters called "D2." These monsters are produced from a black meteorite that fell from the sky years ago. They hate the music produced by humans and will come to the music source to destroy them. To resist the D2s, the girls called "Musicart," who each represent classical music sheets, are fighting monsters and are lead by humans who are called "Conductors."