League of Legends Animated Series Only on Netflix 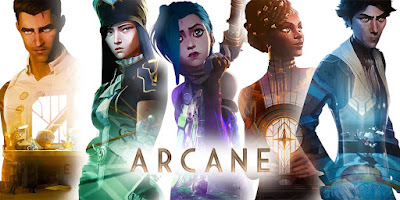 A R C A N E
Every legend has a beginning.
Welcome friend, to the world of Arcane.
▶ Watch the Trailer
Arcane is an upcoming animated streaming television "event series" set in the League of Legends universe. The series was announced at the League of Legends 10th Anniversary celebrations. It will be developed and produced by Riot Games, with animation services by Fortiche Productions. Originally set for a 2020 release, the show is rescheduled for a release in 2021 due to the COVID-19 pandemic. 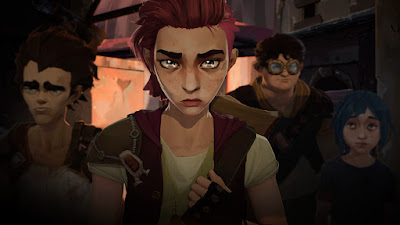 It is scheduled for a simultaneous November 6, 2021 release on Netflix and China's Tencent Video website, with the series broken into 3 episode "acts" released over 3 weeks. Set in the past, it retells the origin stories of several characters from Piltover and Zaun.