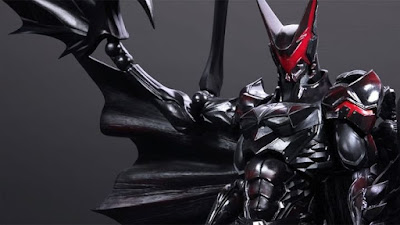 Nomura's take on Batman stands about 11 inches tall and comes with a few extra accessories, like alternate hands. Best of all, it  comes with a fun description from Square Enix:


Based on a radical interpretation of BATMAN, this figure boasts a second set of arms that extend from the back to shapeshift between a closed "deactivated mode" and a wide-open "activated mode." When combined with the included wrist pieces, the figure seems to express emotion through it. The paintwork consists of a rich black and a deep red, with a translucent visor and thick coat of glossy paint which brings out the intensity of this dark hero. The blades in his arm, an acceleration booster on his chest, and an arsenal of Batarangs stowed in his leg compartment are a sight to behold. The sheer presence that exudes from this figure reflects the impactful creativity that flows out of Tetsuya Nomura.

Square Enix is selling the Variant Play Arts Kai Batman for $249.99 and expects to ship the figure this October.

If you'd like to get Nomura's Batman sooner and cheaper, you could always import the toy from Japan. Retailers like Amiami are selling the figure for 18,900 yen, which — thanks to a favorable exchange rate — comes in at around $150.

Should you prefer your Batmen more traditional, Square Enix has another offering up for pre-order: the Batman: Arkham Knight Play Arts Kai Batman. It's priced at a more reasonable $99.99.

Square Enix is also selling a San Diego Comic-Con exclusive version of that figure — still $99.99 — that won't actually require you to go to the con next month. They'll just ship it to you. 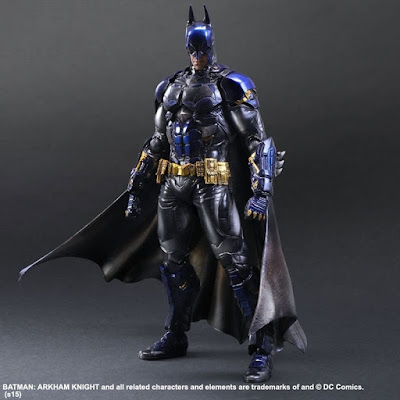