And Japan's Official Ambassador of Tourism is...

G O D Z I L L A !
In a move which immediately makes me interested in visiting Tokyo's Shinjuku ward, Godzilla, King of the Monsters, was recently appointed that region’s official 'tourism ambassador'... 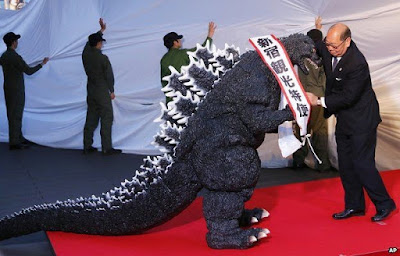 Godzilla is now the recipient of this proclamation announcing that he is welcome in that area... 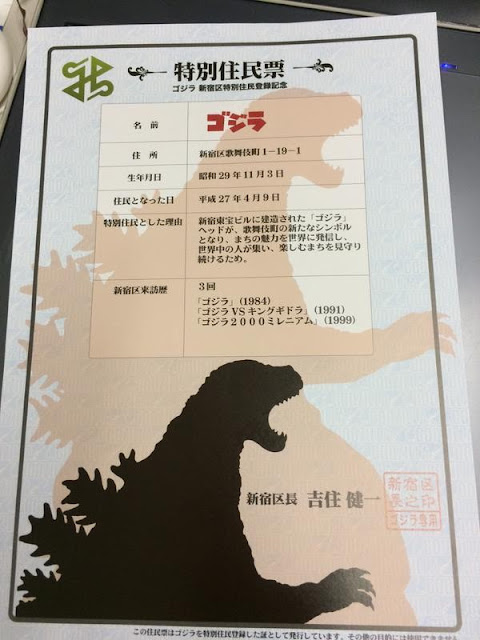 Name: Godzilla
Address: Shinjuku-ku, Kabuki-cho, 1-19-1
Date of birth: April 9, 1954 [the year of the release of the very first Godzilla film]
Date of becoming a Shinjuku resident: April 9, 2015
Reason for special residency: Promoting the entertainment of and watching over the Kabuki-cho neighborhood and drawing visitors from around the globe in the form of the Godzilla head built atop the Shinjuku TOHO Building.
Previous visits to Shinjuku Ward: 3 times; Godzilla (1984), Godzilla vs. King Ghidorah(1991), Godzilla 2000 Millennium (1999)

In other words, this amounts to a citizenship certificate, per BBC.
Posted by anim8trix at 12:00 AM