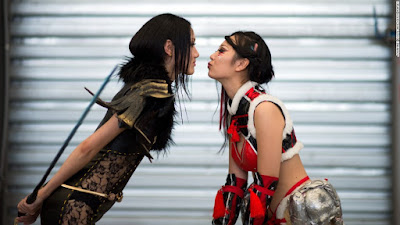 China cracks down on cleavage
at cosplay convention
(CNN) Organizers of Asia's largest digital entertainment expo -- where scantily clad models usually dress up as characters from comic books, movies and video games -- say they will levy a fine of $800 on women who reveal "more than two centimeters of cleavage."

Men are not exempt from the crackdown on exposed flesh.

They will face the same penalty if they wear low-hanging pants or expose their underwear. If models are caught dancing in cages or around a pole they will be fined a whopping $1,600, as will anyone caught striking vulgar poses.

It's the latest example of what appears to be a government campaign for stricter morality in China.

And in December, government censors pulled a historical TV show off air for the ample cleavage it featured.

"The Empress of China" depicted the life of the only woman to rule China. Her reign was during the seventh century Tang dynasty -- when an ample female bosom was the prevailing aesthetic.

When the series returned to air, the cleavage was gone. Instead, viewers saw crudely edited scenes where women were only shown in close-up to avoid revealing their chests.

'We can't use vulgarity'

New Silk Road, one of China's biggest model agencies that said it provided showgirls to ChinaJoy and vetted other model agencies used by the show, confirmed the new regulations to CNN.

Yang Ou, a spokesperson for New Silk Road, said it set the rules.

"It's a formal exhibition. We can't use vulgarity to attract attention," he said. "We ought to offer 'positive energy' to the public."

It's wasn't clear who would be tasked with measuring the cleavage on display but Yang said more details would soon be released in an official notice.

While primarily a trade show, ChinaJoy is also known for its annual cosplay competition -- participants, either solo or in teams, emulate their favorite characters and are judged on their costumes, routine and the response they received from the audience.

Last year's event attracted a quarter of a million people over three days.

Guo Weiqing, a professor of political science and public policy at Sun Yat-sen University in Guangzhou told CNN that the crackdown on scantily clad models and actresses was linked to President Xi Jinping's tightening grip on the media, Internet and ideological issues.

Guo said that China didn't have the same set of unwritten conventions on what's acceptable in public that many Western countries have.

"There has never been a public discussion," he said. "As time passes, it all falls under the government policy, which is decided by the current leader's ideology."

In October last year, Xi addressed an delegation of actors, dancers and writers, making it clear that he believed "moral values" were more important than commercial success.

"Popularity should not necessitate vulgarity," Xi told them. "Pure sensual entertainment does not equate spiritual elation."

The ChinaJoy expo opens in Shanghai on July 30. It's not clear whether the skimpily dressed models the show is renowned for will cover up or simply disappear.

They may want to join the car babes, who protested their ban from the Shanghai Auto Show in April by pretending to be beggars in ripped clothing.

Their placards read: "We want to survive." Another lamented that all their efforts to lose weight were for nothing. 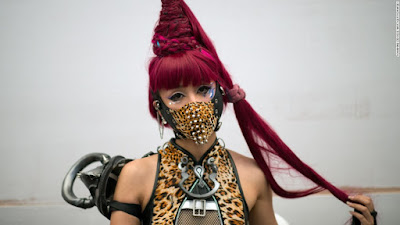 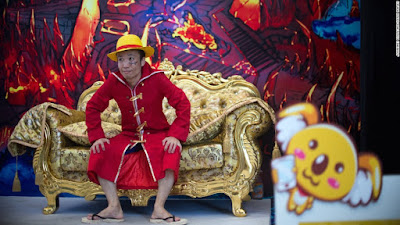 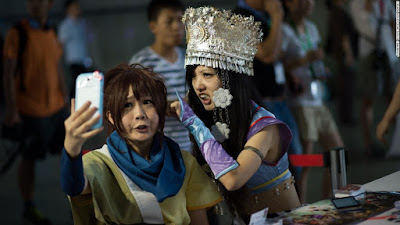 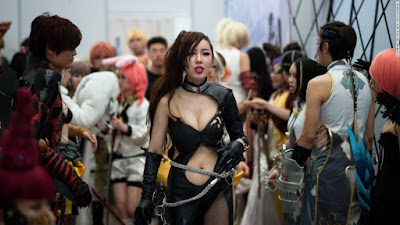 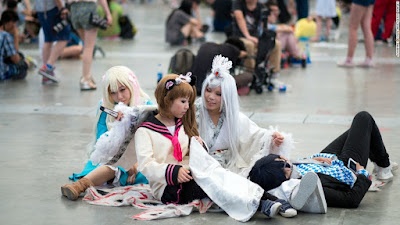 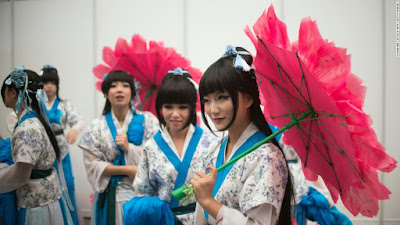