A New Fascinating Theory About Dumbledore

[Source: Yahoo!News] Harry Potter fans are freaking out about a new theory that's been circulating on Tumblr. The theory will make you feel more wary about the Albus Dumbledore fans came to know and love.

Here's what you need to remember, before we tell you the theory.

The whole theory stems around the Tale of Three Brothers, a fairy tale told to Potter during the seventh and final book, "Harry Potter and the Deathly Hallows."

To jog your memory, here's how the tale goes:

Three wizard brothers come to a river that's too treacherous to cross, so they make a bridge with their wands. But as they're crossing they're met by a hooded figure, Death, who is upset they've “cheated” him.


But Death, being cunning, acts like he's impressed. He offers them each a prize for outwitting him. The first brother asks for an extremely powerful wand — and so he is given the Elder Wand.

The second brother asks for the power to bring people back to life and is handed the resurrection stone. The third brother, who senses that Death may have ulterior motives, asks for something that will allow him to move forward without being followed by Death himself. And so Death hands him an invisibility cloak that hides the wearer from even his own gaze. 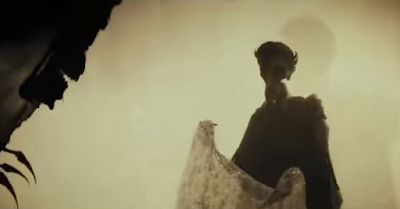 For two of the three brothers, the story doesn't end well. The first brother is murdered over the Elder Wand. The second brother kills himself after a woman he brings back to life returns differently and he decides to join her in the void. The third brother lives to be an old man, then hands the cloak to his son, and "greets Death as an old friend."

But who is death?

Death is Dumbledore, according to this new theory. Here's the evidence.

During the first book, Dumbledore gives Harry Potter an invisibility cloak, just like Death in the fable.

In the first book of the series, "Harry Potter & The Sorcerer's Stone," headmaster Albus Dumbledore gifts Harry an invisibility cloak, which belonged to Harry's deceased father, James. The gift included a note: "Your father left this in my possession when he died. It is time it was returned to you. Use it well." 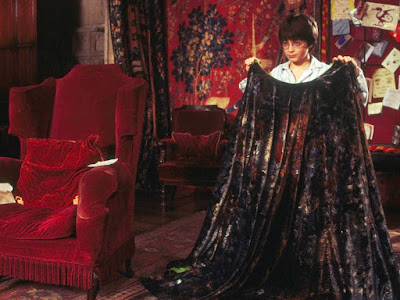 "To Harry James Potter, I leave the Snitch he caught in his first Quidditch match at Hogwarts, as a reminder of the rewards of perseverance and skill," his will reads.

For a while, Harry is unable to open the snitch. A sentence merely appears on the golden sphere, "I open at the close."

But at the end of the final book when Potter is walking to his death match with Lord Voldemort, he's finally able to open the snitch by whispering "I am about to die." Inside, he finds the resurrection stone, the stone that was part of the Tale of Three Brothers. Harry is then able to see all of his deceased family members before what he believes is to be his final fight with Lord Voldemort. 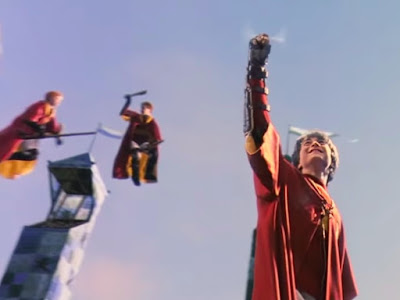 And what about the third brother's Elder Wand? Dumbledore had that in his possession too.

Dumbledore acquired the Elder Wand's powers during a famous duel before the books take place. During his demise, the power of the wand shifts from himself to Draco Malfoy accidentally, and then ultimately to Harry Potter, who defeats Malfoy in a duel.

So with all that knowledge, here's the theory that's floating around Tumblr. The theorist also notes that Dumbledore first met Harry Potter at King's Cross and that he was ultimately behind/involved in the deaths of Severus Snape and Lord Voldemort. 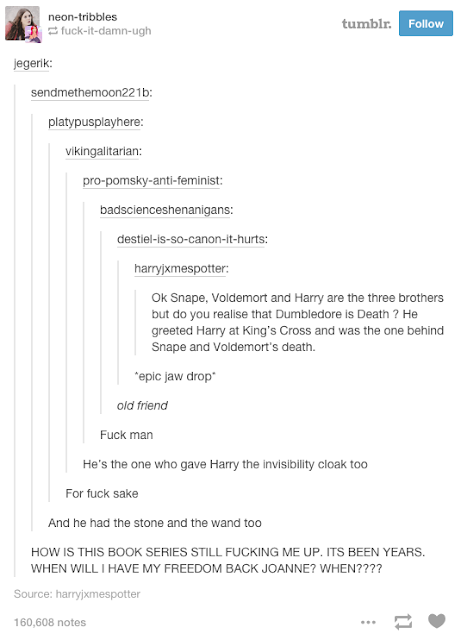