Captain America: Civil War will tell the story of the conflict between Captain America and Iron Man, following government registration of superhero activity. These new images show exactly how the various heroes in the Marvel Cinematic Universe will side when the two factions go to war. Check out the images below: 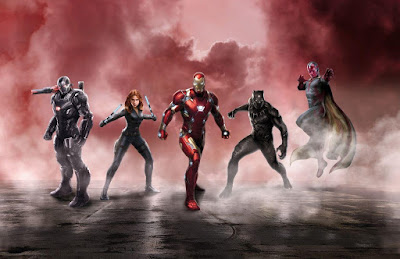 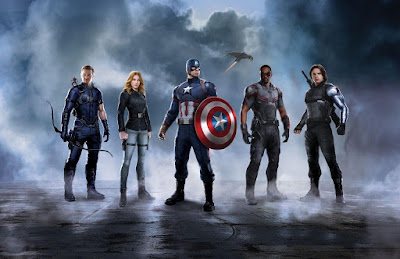 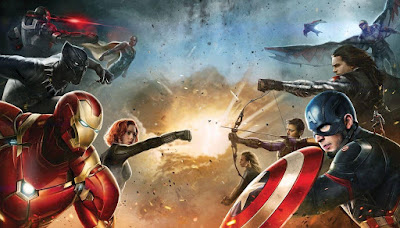 Iron Man, who favors registration, has War Machine, Black Panther, The Vision, and Black Widow to fight on his side. On the other, Captain America is backed by Hawkeye, Ant-Man, Winter Soldier, Falcon, and SHIELD agent Sharon Carter. The big omission here is Spider-Man, who will be making his Marvel Universe debut in Civil War.

The film is directed by Joe and Anthony Russo, who helped turn the second Captain America movie, 2014's The Winter Soldier, into a $700 million smash. It stars Chris Evans, Robert Downey, Jr., Scarlett Johansson, Jeremy Renner, Elizabeth Olsen, and Paul Rudd and hits cinemas on May 6, 2016.
Posted by anim8trix at 12:00 AM