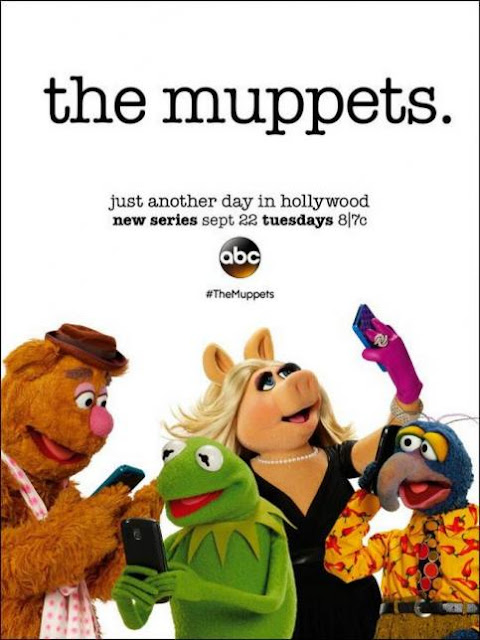 THE MUPPETS TV
Kermit and the gang are back in the fall with The Muppets, and ABC has released five new posters for their upcoming modern take on the felt characters beloved by generations.

The posters show Kermit going full frontal, Miss Piggy being her egotistical self, Fozzy getting waxed and a thoroughly modern Gonzo with cell phone and coffee in hand. The upcoming Muppets sitcom will go behind the scenes of a late-night talk show hosted by none other than Miss Piggy herself, with Kermit as the show's executive producer, Gonzo as the head writer, and Fozzie as her trusty sidekick. The ABC series will be done in the mockumentary style perfected by series such as The Office and Parks and Recreation. 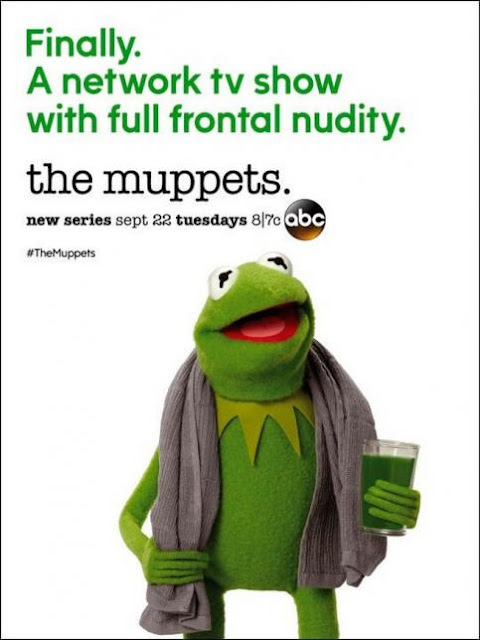 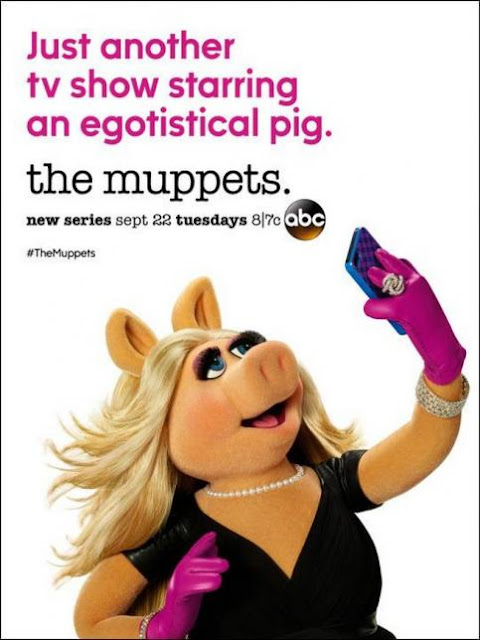 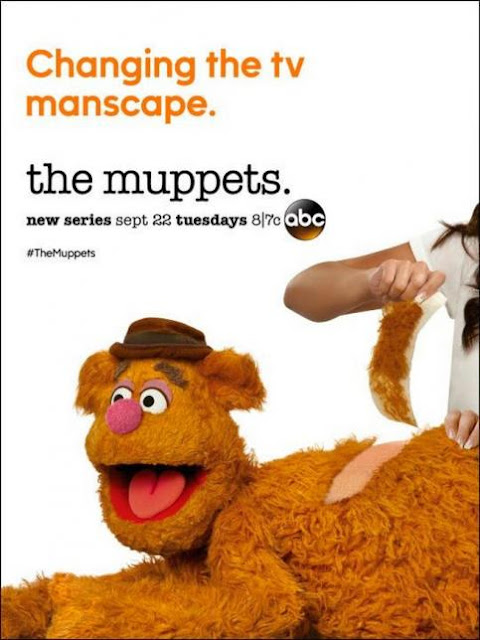 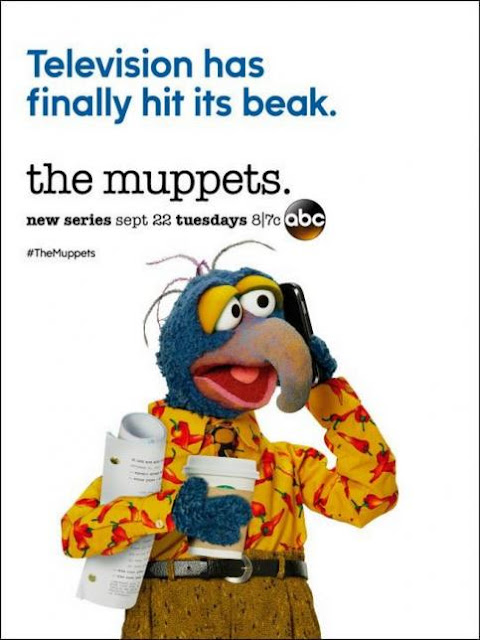 The Muppets is set to return to the small screen on Sept. 22 on ABC. Are you looking forward to the new series? Oh, and if you haven't seen it before, check out the 10-minute video that convinced the ABC powers-that-be to greenlight a new series.

Remember, you were never supposed to see this. Here’s the pitch that convinced ABC to make a show with The Muppets!
Posted by anim8trix at 12:00 AM