Scarlett Johansson in 'Ghost in the Shell' 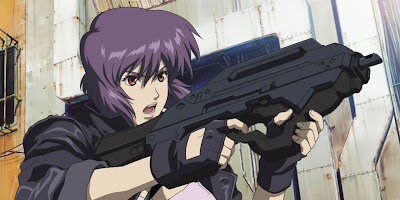 G h o s t   i n   t h e   S h e l l
[Source: blastr] Here's a first look at Scarlett Johansson's cyborg operative, Major Motoko Kusanagi, in Paramount and Dreamworks' adaptation of the classic Ghost in the Shell anime and manga sensation created by Masamune Shirow back in 1989.   The studio chose this moment to tease the image of Johansson's "The Major" to celebrate the start of production on their futuristic cop thriller in Wellington, New Zealand. 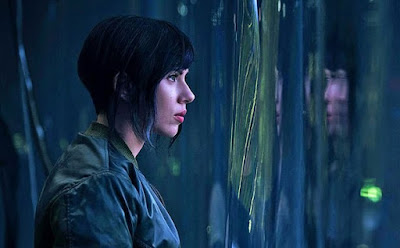 Here's the official synopsis:
Based on the internationally-acclaimed sci-fi property, “GHOST IN THE SHELL” follows the Major, a special ops, one-of-a-kind human-cyborg hybrid, who leads the elite task force Section 9. Devoted to stopping the most dangerous criminals and extremists, Section 9 is faced with an enemy whose singular goal is to wipe out Hanka Robotic’s advancements in cyber technology.
Posted by anim8trix at 12:00 AM