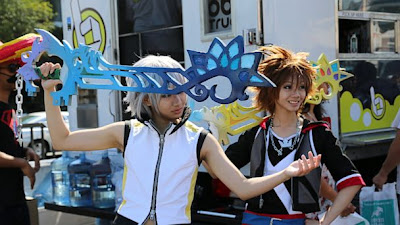 [Source: Stephanie Mendez/ABC News] The lobby in the Los Angeles Convention Center was a colorful scene Fourth of July weekend as characters like Zelda, Naruto, Super Mario, and many others came to life through cosplay, an activity that combines costuming and role-playing.


The 2013 Anime Expo celebrated a four-day residency at the LACC and featured the best of Japanese anime, manga, video games, films, shows, and fashion. The event was organized by the Society for the Promotion of Japanese Animation, and according to director of marketing Greg Hignight, over 130,000 people were expected to attend the expo over the entire weekend.


“We are a celebration of anime and we are a community that gets together around that, but we are also a platform for anyone who has ever wondered about Japan,” he said.


“I really consider myself an artist,” she said. “I see cosplay as an art form. It’s the ultimate art form because instead of painting on a canvas, your body is the canvas.”


Each year, Anime Expo features the biggest event available for both fans and cosplayers: The Masquerade. The Masquerade is a contest that includes creative performances by competing cosplayers. Contestants can enter individually or in groups, and they are judged based on costume craftsmanship and performance.


Kyle Hebert, who recently did the voice of Ryu in Disney’s “Wreck-it Ralph,” cohosted The Masquerade alongside actress Marisha Ray. Hebert told ABCNews.com that he was excited to host the event, even though he had never tried cosplay before.


“You hear the woes of the fans as they take the masks off and they’re drenched in sweat,” he said. “I couldn’t do it, but God bless them.”


According to Hebert, Anime Expo provides community for those who find fulfillment in unconventional things like anime, cosplay or video games. 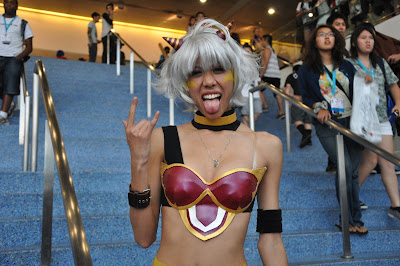 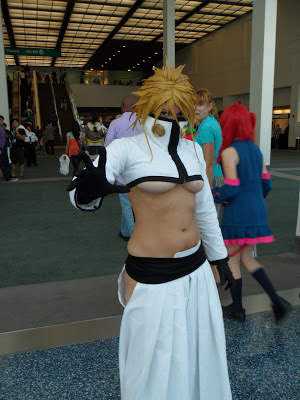 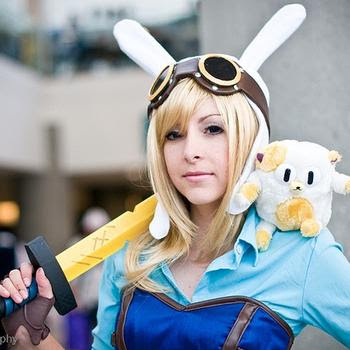