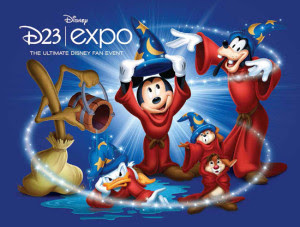 [Source: ToonZone.net] So while the proprietors were releasing their schedule for 2013 Comic-Con in San Diego, you were probably wondering – hey! Where’s all the new “Star Wars” hype and stuff? Answer: It will be at the Disney-controlled D23 Expo next month in Anaheim. Now that Disney owns the lucrative franchise, expect to see many more “Star Wars”-themed appearances at future D23 Expo events. For the 2013 edition, This will officially be the first promotional appearance for Star Wars” since Disney purchased the franchise from George Lucas last year for a whopping four billion American dollars and the announced slate of what will be appearing at D23 is somewhat skimpy – a “Darth Vader: Evolution of a Villain” exhibit and a panel entitled “Crash Course in the Force: Star Wars Saga 101” moderated by SW expert Pablo Hidalgo. Since at least five or six billion members of the world population already know both these subjects by heart, the expectation is that there will be more announcements by Disney [possibly for updates on the upcoming films and/or cast directed by J.J. Abrams] in the coming weeks.