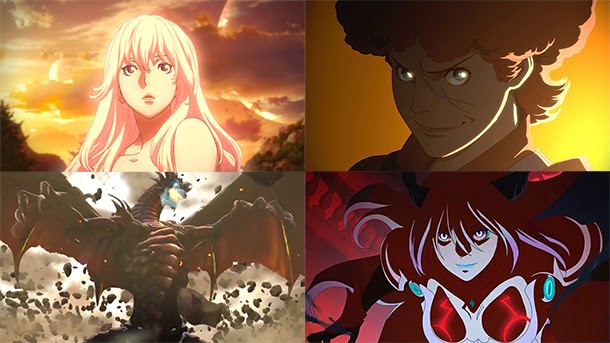 Shingeki no Bahamut Genesis (Rage of Bahamut Genesis) is an anime adaptation of its Rage of Bahamut social card game. Keiichi Satou (Tiger and Bunny, live-action Black Butler) is directing this adaptation of the "sweeping visual fantasy" at the anime studio MAPPA. Naoyuki Onda (Berserk: The Golden Age Arc I - The Egg of the King, The Animatrix's Detective Story) is serving as character designer and chief animation director, and Yoshihiro Ike (Tiger and Bunny, Karas) is scoring the music.

Keiichi Hasegawa (scripts on Astro Boy, The Big O, Zoids) is in charge of the series scripts, and Takashi Hashimoto is in charge of effects animation. Goki Nakamura is the art director, and Osamu Mikasa is the color key artist. Shinya Sugu is directing the CGI.