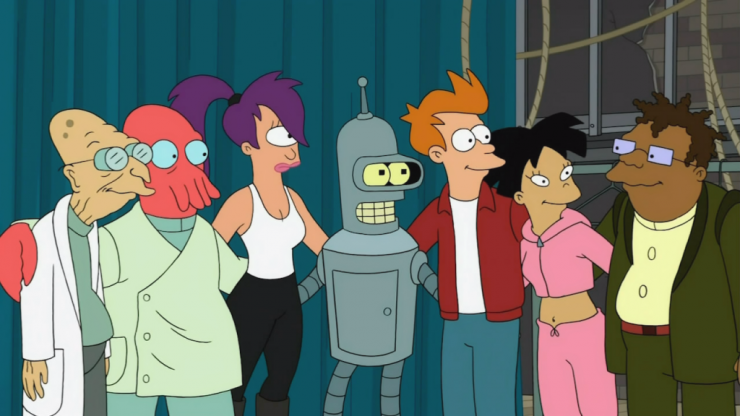 The Simpsons, America's favorite cartoon family returns for their 26th season this fall, and in addition to a crossover with fellow FOX hit Family Guy, the show's also planning to meet up with the Futurama cast in a time-traveling adventure called, appropriately, "Simpsorama."

“They were going off the air, so I thought people would really love it if we had one more chance to see those characters,” Simpsons executive producer Al Jean said. “We’re always looking for things that are compatible with us, and I thought, ‘Well, what’s more compatible?’ We do a joke, actually, about how similar Bender and Homer look. Like, they just erased Homer’s hair.”

We don't have any footage from the episode yet, but we do have the first image, which features Bender going full Kill All Humans on Homer. Check it out: 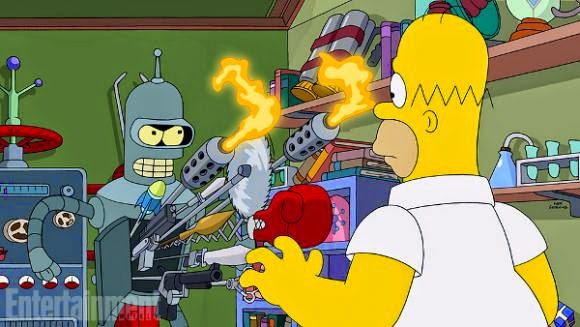