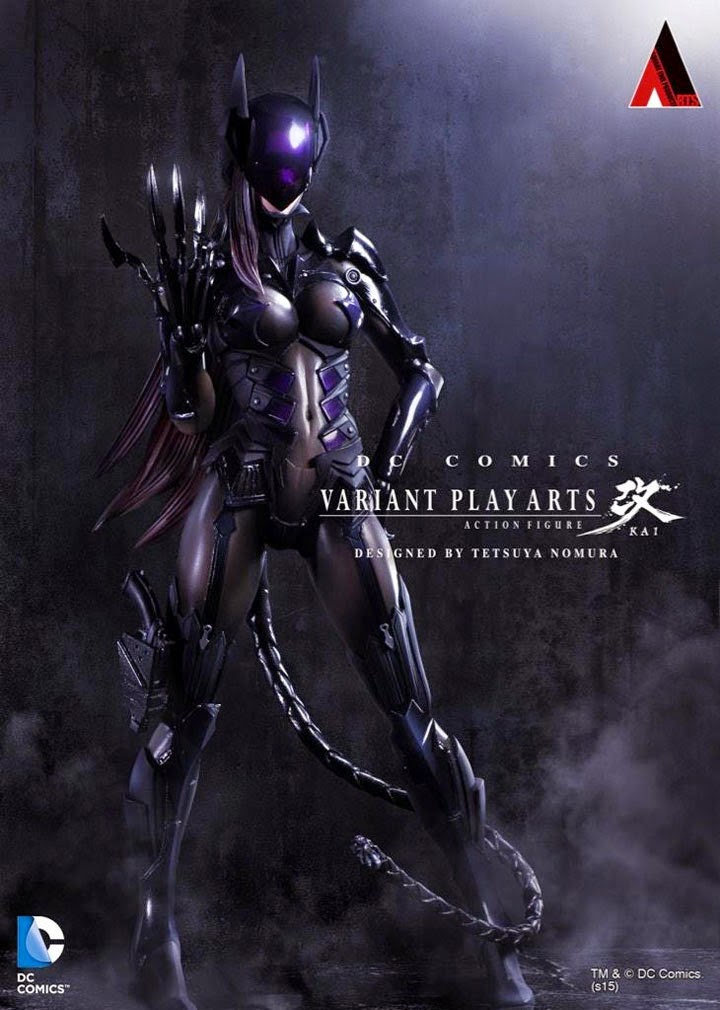 As one would expect, Nomura takes Catwoman's design cues and pushes them to extremes. She's bedecked in inexplicable buckles, garter belts and chunks of armor that seem to leave some of her more vulnerable areas openly exposed.

No word yet on when we'll see Catwoman's Variant Play Arts Kai become available, but Square Enix will likely shed a bit more light on the latest DC Comics and Tetsuya Nomura collaboration at this week's New York Comic Con.