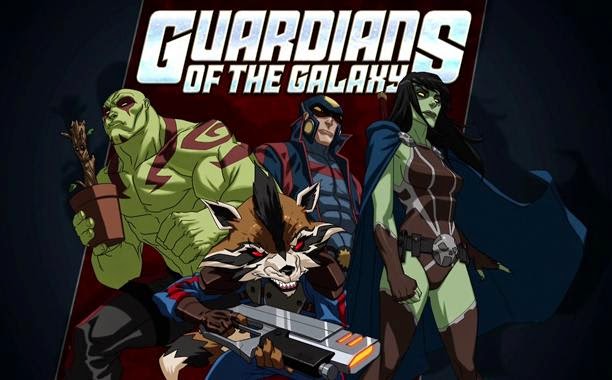 [Source: blastr.com] Before they return to the big screen, Star-Lord, Gamora, Drax, Rocket and Groot will get their own small-screen adventures.

During San Diego Comic-Con earlier this year, Marvel Animation revealed some Guardians of the Galaxy test footage that seemed to indicate that an animated series for the characters -- whose hit film hadn't yet hit at the time, but was already building huge buzz -- was on the way. A month later, though, Marvel's vice president of current animation, Stephen Wacker, said no series had been announced and that the test footage was just that: a test. At the time, Wacker played up future appearances by the Guardians in other Marvel animated series, but declared the company "definitely did not" announce that the team would be getting their own show. 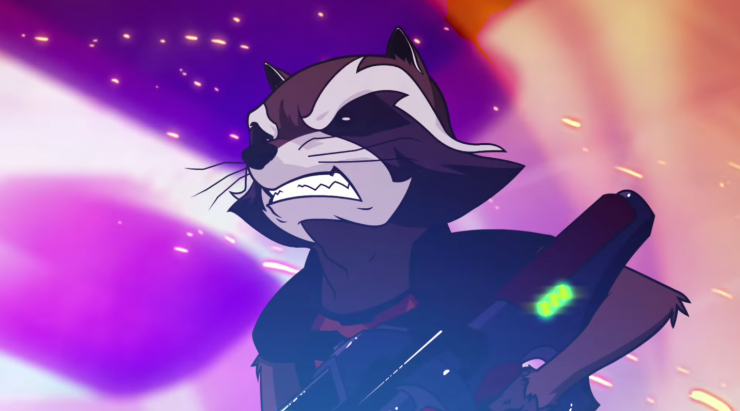 Now, nearly two months after that declaration, Wacker and company have announced, via The New York Times, that a Guardians of the Galaxy animated series is in fact happening, and will hit Disney XD sometime next year.

Titled Marvel's Guardians of the Galaxy, the series will feature the same five members of the team from the film, though Disney hasn't addressed whether any of the film's cast will be involved in the show. The series will reportedly take place right after the events of the film, and the Mad Titan Thanos will "figure prominently" in the story. According to Wacker, Marvel Animation has made it a priority both to maintain the sense of humor of the film and not to "underestimate" the show's young audience.

“You can’t be afraid to go deeper, to explore stories and characters with some depth," he said. "This audience may be young, but it can spot a stinker a mile away.”

So, two years before Guardians of the Galaxy 2 hits theaters, we finally know for sure that we'll get much more of the gang in animated form.
Posted by anim8trix at 12:00 AM