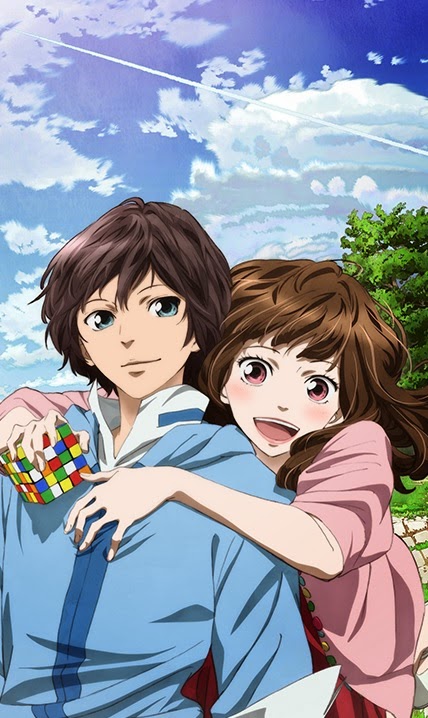 The anime premiered in Japan in June 2013, and Funimation announced in July 2013 that it acquired rights to the film. The English-dubbed version premiered at Anime Expo this past July, and Funimation shipped the film on Blu-ray Disc and DVD in September.

The "near-future romance" film Hal follows a girl named Kurumi (voiced by Bryn Apprill in English) whose heart was broken by the sudden death of her boyfriend in a tragic airplane accident. Forced to carry on without her beloved Hal, Kurumi gave up on the world, but a brilliant scientist devised a plan to win her back. By melding futuristic technology with the binary equivalent of human emotion, they created an ultra-lifelike robotic surrogate to take Hal’s place.
Posted by anim8trix at 12:00 AM