The first video featurette for Batman v Superman: Dawn of Justice has emerged. The video features interviews with director Zack Snyder, who explains why he decided to pit the Man of Steel (Henry Cavill) against the Dark Knight (Ben Affleck). Hint: “Darkness. No parents.” (You know, from The LEGO Movie, y’all.) 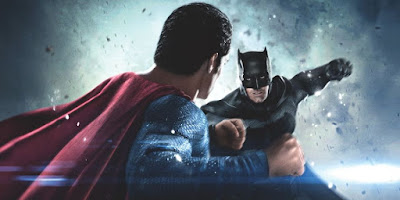 In the featurette, the director explains he wanted to recapture the tone of The Man of Steel, as well as the cinematic qualities of the movies that inspired him for his newest superhero film. Snyder also discussed his approach for Batman v Superman, explaining why Turkish Airlines (the airline company that's bringing us this video featurette, and the one that was taken by Gal Gadot's Wonder Woman in a previous trailer) was the perfect promo partner to achieve his goal of making the movie feel like it's taking place in the real world.

Here is the official movie synopsis:

Fearing the actions of a god-like super hero left unchecked, Gotham City’s own formidable, forceful vigilante takes on Metropolis’s most revered, modern-day savior, while the world wrestles with what sort of hero it really needs. And with Batman and Superman at war with one another, a new threat quickly arises, putting mankind in greater danger than it’s ever known before.