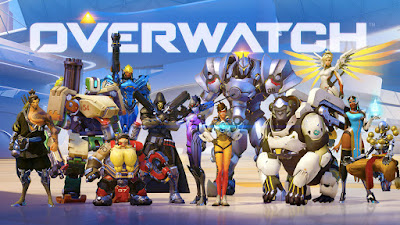 "Recall" tells the story of Winston—a genetically engineered gorilla and brilliant scientist who longs for the days of heroism to return. In this episode, we explore Winston's thoughts and memories as he wrestles with the decision to recall the agents of Overwatch, all while the forces of Talon stage an attack on his laboratory in the abandoned Watchpoint: Gibraltar.

Can’t get enough of Winston? Pre-order now at xbox.com/overwatch to unlock early access to the Overwatch Open Beta for you and a friend starting May 3!
Posted by anim8trix at 12:00 AM