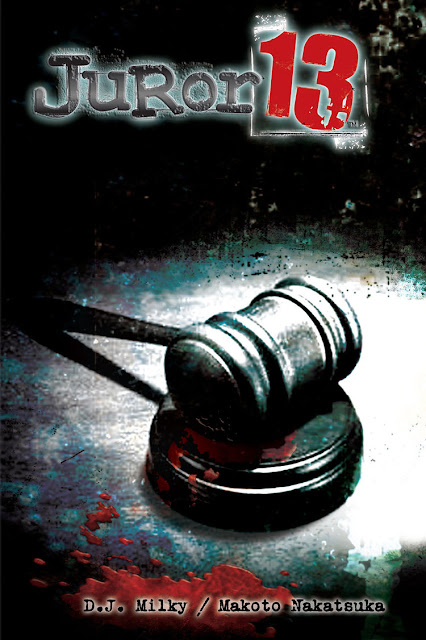 An American manga comic written by D.J. Milky and illustrated by Japanese manga artist Makoto Nakatsuka, Juror 13 was published as a one-shot by TokyoPop back in 2006. Here's how The Hollywood Reporter describes the story:

Juror 13 is a sci-fi thriller that centers on an ordinary young man who is unwillingly exposed to an experimental brain scanning technology, driving him to madness and murder while he wonders if his world's unraveling is just a figment of his imagination.

TokyoPop’s parent company Pop Media Group, which was founded by filmmaker and entrepreneur Stu Levy, will produce the movie in association with China’s Artention Films.
Since it's super early days, there’s no one attached to the film yet (as in no director or actors), but Levy hopes to begin production on the movie in early 2017. He also aims for a late 2017/early 2018 release date in China and worldwide.
Posted by anim8trix at 12:00 AM