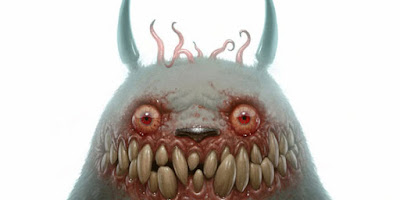 N i G h T m A r E  T O o N s
[Source: blastr] This frightful new art series by Swedish tattoo artist and digital illustrator Dennis Carlsson may evoke some serious sleepless nights as he's created twelve toothy abominations out of some of your most cherished childhood cartoon and animated characters. Going by the DeviantArt handle Disse86, Carlsson uses various techniques to transform the cute and cuddly toons into mortifying manifestations of malignant mayhem.
I've seen other artists' paintings of cartoon characters in their own style, so I decided to try it out with my style. I painted the minion first and had so much fun that I just kept going. Making cute characters creepy was my goal, and not to scare children but to give adults a good laugh. At least if they share my sense of humor..  All of them are more or less improvised. Often not knowing what I want to add or change to make them creepy or weird. But that's one of the fun parts of it. And sometimes I just feel like trying out to paint something that has a sertain texture or sliminess etc. and see if I can render it.

No planning more than that, just having fun. The response have been mostly positive. Even if many comments are: "You ruined my childhood", they often end it with, "but I like it," which I'm really happy for.
Enter Carlsson's monstrous menagerie of Tweety, Totoro, Winnie The Pooh, Mike, Minion, Sulley, Shrek, Lilo and Stitch, Tigger, Piglet, Pikachu and Eeyore in the gallery below and tell us which ones might bring you nightmares! 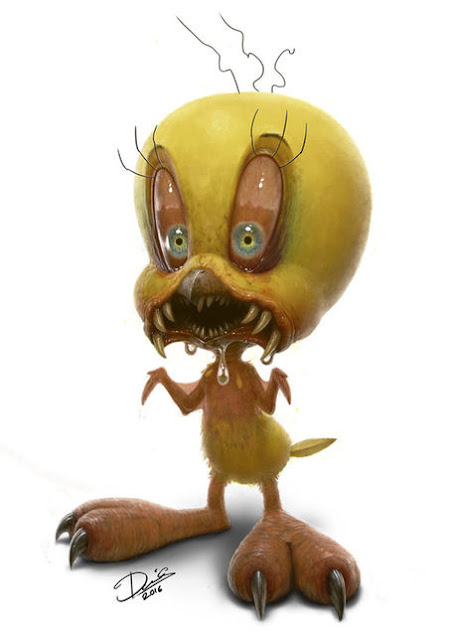 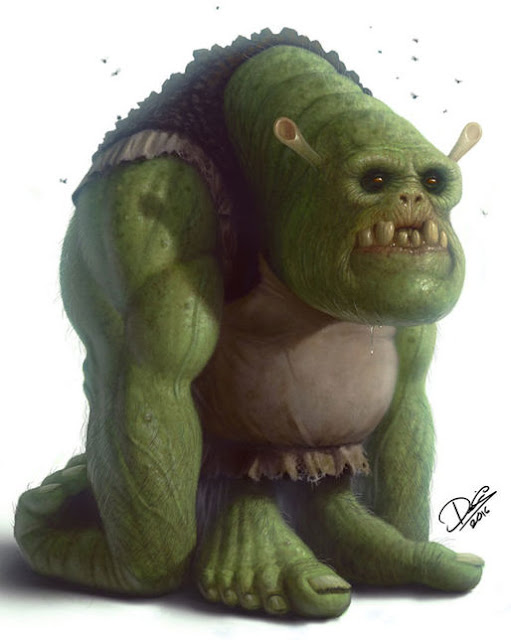 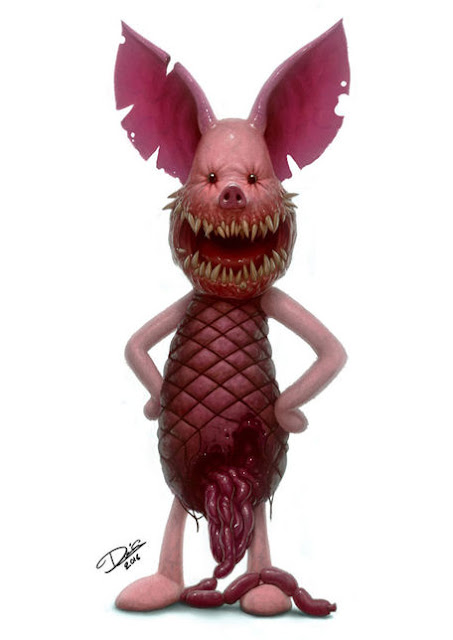 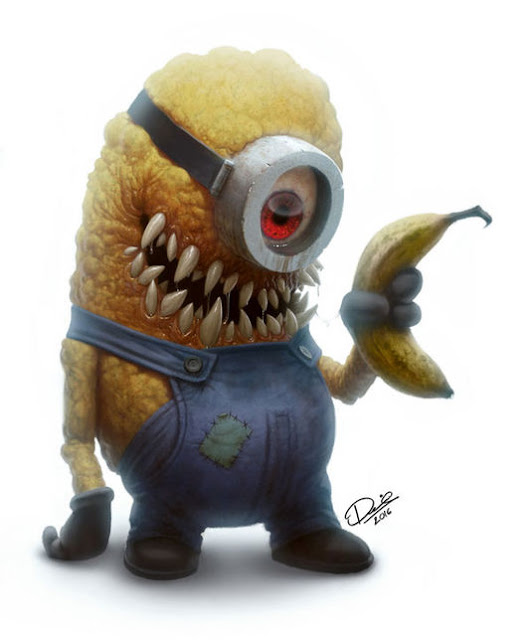 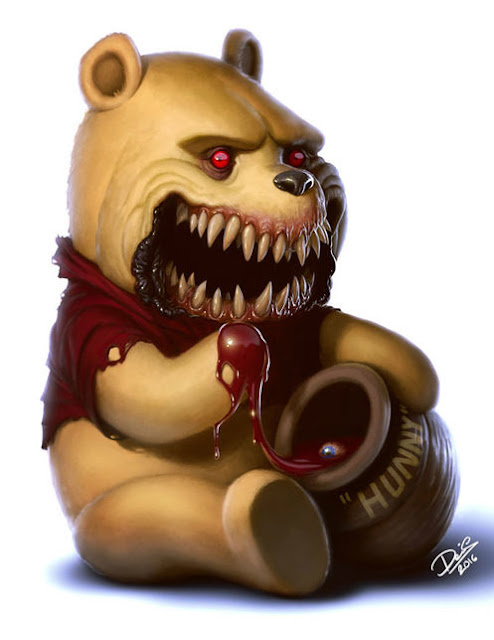 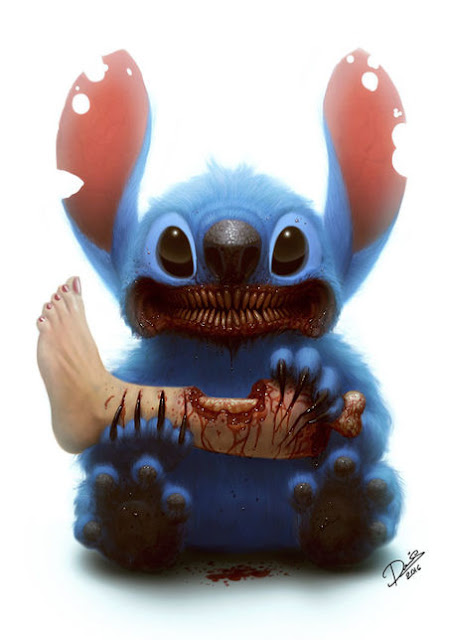 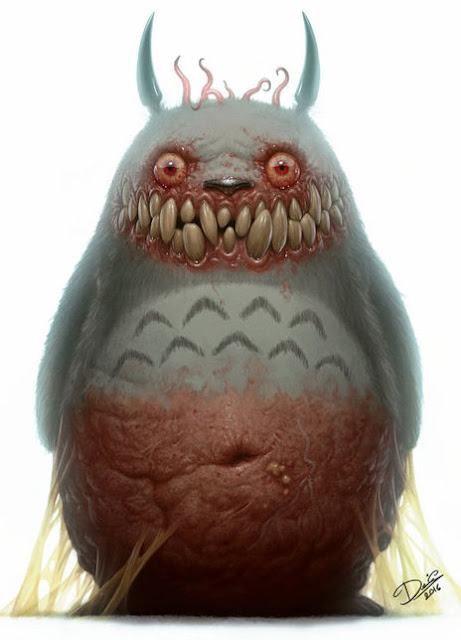 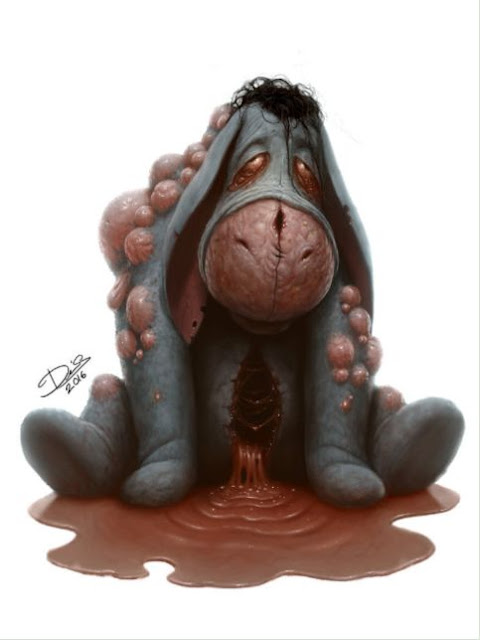 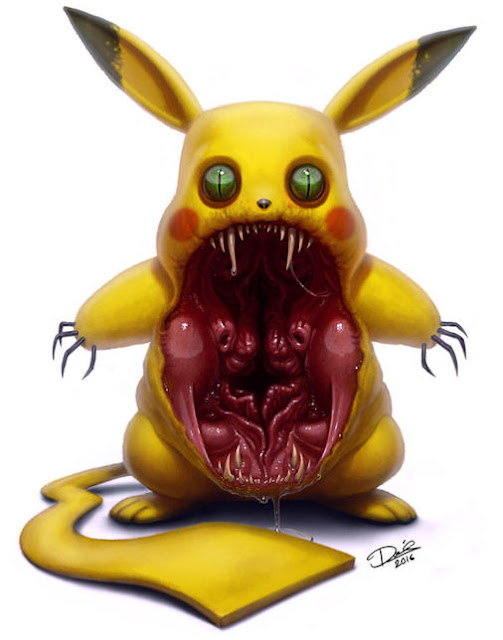 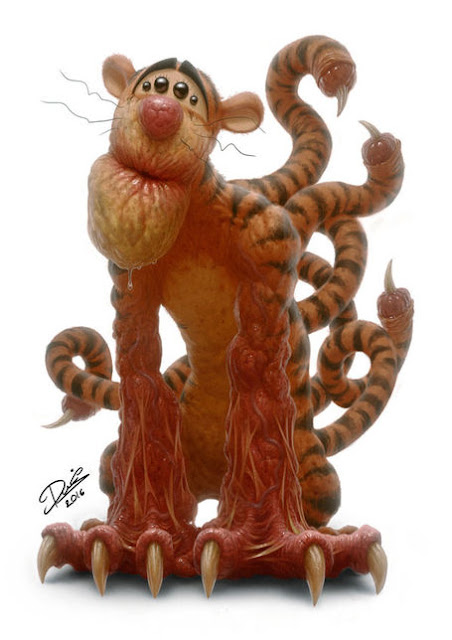 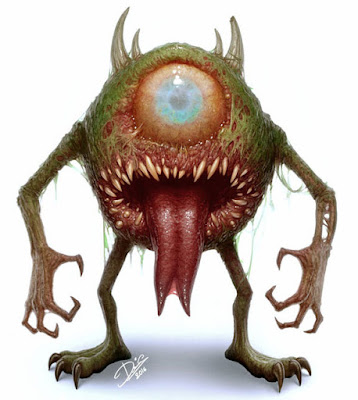 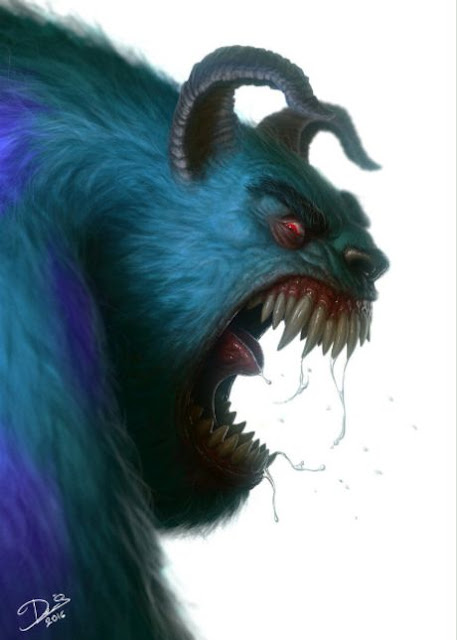