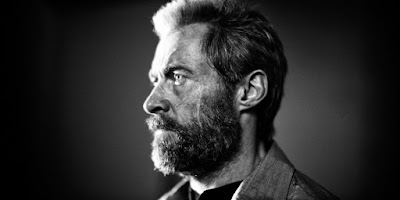 [Source: blastr] If you didn’t know it was an X-Men film walking in, the first trailer for James Mangold’s Logan didn’t do a whole lot to really give it away — and that’s awesome. So what does the director have to say about this very different take on Wolverine?

Empire chatted with Mangold in a breakdown of the new trailer, and the interview included a few major details for fans. First up: He confirmed the film is set after the future coda in X-Men: Days of Future Past, meaning we’re probably around the late 2020s or early 2030s at this point. He also talked about how age has changed Wolverine both physically and mentally, meaning we might not be able to see all the scars he’s sporting.

Check out an excerpt from his comments below:

“One of the things we all thought about as we worked on this film is, well, we don’t want to rebuild everything. We want to have some questions. In order to make a different Logan, and a different tone of a Wolverine movie, we felt like we couldn’t hold on to every tradition established in all the movies religiously, or we’d be trapped by the decisions made before us. So we questioned whether Logan’s healing factor causes him to heal without even a scar. We imagined that it may have when he was younger, but with age, he’s getting older and ailing. Perhaps his healing factor no longer produces baby-soft skin. So we imagined he heals quickly, still, but it leaves a scar. The simple idea was that his body would start to get a little more ravaged with a kind of tattooing of past battles, lacerations that remain of previous conflicts…

We are in the future, we have passed the point of the epilogue of Days Of Future Past. We’re finding all these characters in circumstances that are a little more real. The questions of ageing, of loneliness, of where I belong. Am I still useful to the world? I saw it as an opportunity. We’ve seen these characters in action, saving the universe. But what happens when you’re in retirement and that career is over? The really interesting thing to me, or a place to dig that hadn’t been dug, was the idea of mutants when they’re no longer useful to the world, or even sure if they can do what they used to do. Their powers are diminished like all of ours are by age.”