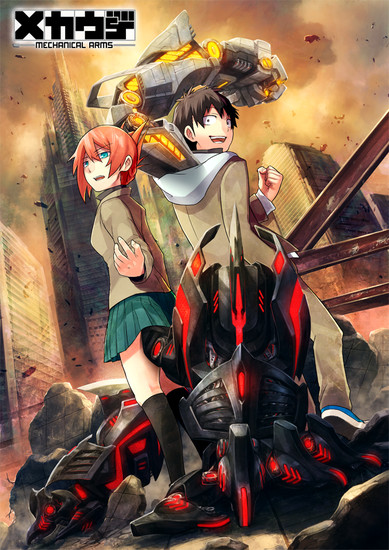 Animator Sae Okamoto Launches
'Mecha-Ude' Anime Kickstarter Project
Campaign seeks US$25,000 to expand team to produce 25-minute anime short
[Source: AnimeNewsNetwork] Animator Sae Okamoto launched a Kickstarter campaign for an anime project titled Mecha-Ude (Mechanical Arms) on October 1. The project seeks to raise US$25,000 to build a bigger production team for the project, which will produce a 25-minute pilot episode. The campaign will end on November 5. As of press time, the campaign has raised US$21,005.

The project is streaming a teaser video, with a longer teaser movie "currently being prepared."

The campaign page describes the anime:

Hero was a high schooler living an ordinary life. One day, he meets a very strong and intelligent mechanical arm named “Mecha-ude”. After a strange turn of events, the “Mecha-ude” started living inside Hero's hoodie and the two's life full of trouble begins.

As the boy and his “Mecha-ude” fights together and strengthen their bonds, the two also meets new friends who also fights along with each of their own unique “Mecha-ude” partners.

Out of those, one of the heroine has two “Mecha-ude” which appears out of her skirt. An active girl with a totally opposite characteristics from hero himself, he gradually becomes attracted to her.

But the two are confronted with other “Mecha-ude” users who are in search of the secret of “Mecha-ude” relentlessly.

In this work, an anima-machine named “Mecha-ude” with self-awareness appears. Even though they look inorganic in nature, they all show or express their own feelings and opinions. They can feel angry, sad, and even encouraged to fight against enemies.

The project plans to finish the anime by December 2017. 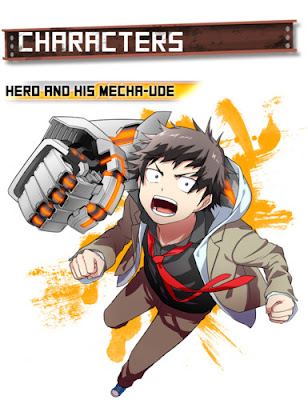 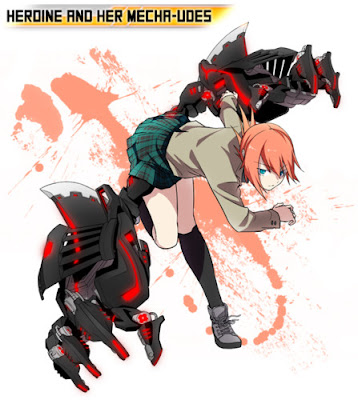 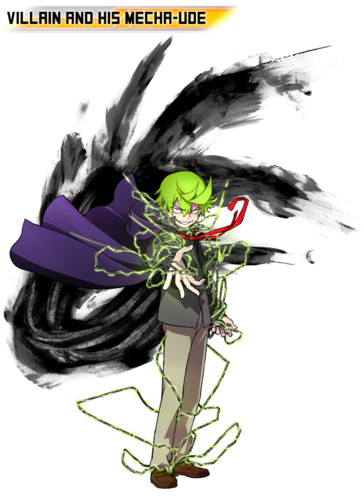 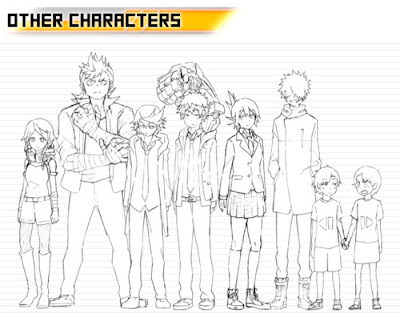 Backer rewards include digital wallpapers, special images, digital and physical (Blu-ray Disc and DVD) copies of the anime, a box set that includes a mini-book and original soundtrack, hoodies, figures, an invitation to a private screening party, posters, and dinner with Okamoto.
Posted by anim8trix at 12:00 AM