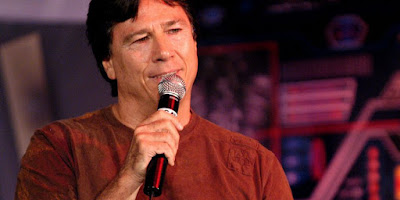 Hatch had been suffering from pancreatic cancer, according to TMZ.

As fans know, Hatch had championed a remake of the short-lived but impactful science fiction show (please, oh please, let’s not think about Galactica 1980), which mixed ancient Earth cultures with a space-faring future. Back in 1999, he tried to convince Universal, who owns the rights to Battlestar Galactica, to give him a sequel series; he co-wrote, co-produced, and starred in a half-hour pilot, Battlestar Galactica: The Second Coming, along with former cast members John Colicos and Terry Carter. It involved a Cylon civil war.
Instead, Universal handed the reigns of a reboot, not a continuation, to Ron Moore. Moore then cast Hatch as the pot-stirring terrorist-turned-politician, Zarek.

Ron Moore had this to say about the late actor:

Edward James Olmos, who played Commander Adama in the reboot, spoke eloquently about his late friend:

Other work includes the Star Trek fan film Axanar, a small but entertaining role on The Guild, plus multiple television appearances.

We have the trailer for The Second Coming for you below. To get more Richard Hatch, it looks as if we're going to need a Battlestar Galactica re-watch. Both of them. 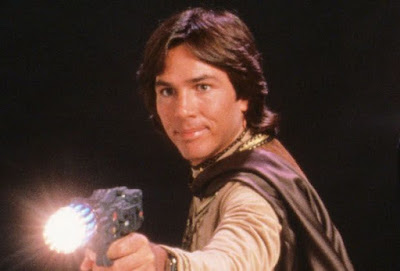