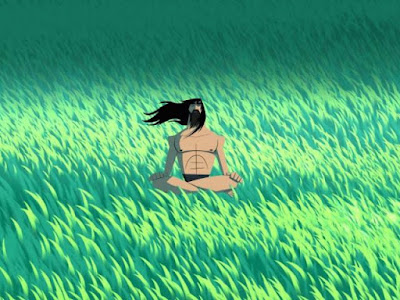 Samurai Jack's Darker Season 5
[Source: Yahoo!News] Jack is a haunted man. He hides beneath abandoned ruins, cowering from the pelting rain as enemies search to claim his head. An apparition in the guise of his former self taunts, “How long can you keep this up?… There’s no way home, there’s nothing to fight for.” It’s a stark contrast to the flamboyant villain he faces in a previous episode, frolicking around and saying “babe” too many times.

Jack is indeed back in Samurai Jack season 5, premiering next month — and it’s been a long, torturous wait for fans. More than 12 years ago, the vivid cartoon series about a noble time-displaced samurai warrior and his fight with the shapeshifting demon Aku abruptly capped four seasons with an open-ended finale.

“I didn’t know if I should finish it,” Tartakovsky reflects. “Nobody told me if I should finish it. I didn’t know if we were gonna do more. I was burnt out to a crisp, and the whole crew was. It’s a very grueling show. As much as we all loved it, it was challenging, and on top of everything, we just got Star Wars: The Clone Wars to do. So I was like, ‘There’s no way I’m gonna bust out a giant finale and end Jack’s story however way it’s gonna end, figure all that out, and do Clone Wars on top of that.'”

Tartakovsky served as director and executive producer on the Star Wars animated series, but he hoped to revisit Samurai Jack six months or so after the fact. Pretty soon everything changed as Cartoon Network revamped its programming blocks, and that plan was no longer a reality. 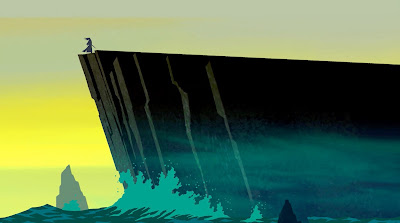 “Cartoon Network, they loved the show, but maybe it was ahead of its time a little bit?” he says. “They didn’t know what to do with it exactly, and also they were still figuring themselves out as a network back then. They were going through their first big transition and they always moved it around — we never felt like we got the audience that we could’ve had.”

It wasn’t until Samurai Jack left the air for good that the show developed a cult following, especially among artists inspired by its bold, picturesque animation. “It took me a little by surprise, to this day,” Tartakovsky says. “You know, I don’t sense it because we [as animators] are pretty sequestered.”

Over the years, Tartakovsky would go on to direct the Hotel Transylvania films and work on shows like Sym-Bionic Titan, but there was hope for Samurai Jack to return as a film. “Jack will come back,” he promised in 2006. The following year, a film was announced with the launch of the indie film production company Frederator Films. The project didn’t come to fruition by 2012, but Tartakowsky said he would keep “trying so hard every year” to make it happen.

Meanwhile, the adventures of Jack were continuing in comic book form, but Tartakovsky confirms they are not canon. “The comics, I really didn’t want them to go into a territory where they were gonna finish the story their way. I think that was wrong of them to do that,” he remarks. “So, it’s not canon, it’s not part of my Jack universe — and I know some people like them, but the show is the show and that should be, that’s what the truth is.”

Because of all the hangups with the film, the creator got the idea to finish out the story where it all began: on television. As he said in a featurette for season 5, he shot an email to Mike Lazzo, vice president of programming at Cartoon Network, and the project was finally green-lit. 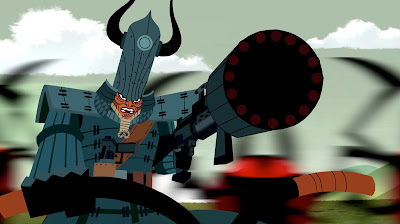 Season 5, which began production at the tail end of 2015, was initially planned for a fall 2016 premiere, but Tartakovsky said a mixture of “bookkeeping” and scheduling issues pushed the date a few months. “I was really nervous because we were going too fast and I didn’t think we were gonna be able to hit those dates,” he recalls. “Initially they talked about showing five [episodes] and then waiting two months and showing another five.”

That brings us up to date, where fans are less than a month away from Samurai Jack‘s return, with the first of 10 new episodes kicking off on Adult Swim March 11 at 11:00 p.m. ET. It’s been 50 years since the season 4 finale, and Jack is still trapped in the future. He can’t age and, as glimpsed in the trailer, he’s plagued with memories of the family he can’t return to.

“The biggest thing that we were able to take advantage of is more of a mature style of storytelling, [though] Jack never pandered to really tiny kids anyway,” Tartakovsky explains of the “darker tone” of the story. “But at the same time the most exciting things [are] we get to dive into the madness of Jack right now and where he’s at and that he’s really lost hope and he’s just miserable and that kind of psychosis.”

There’s a lot of blood, new villains, a new motorcycle and armor for Jack, and more surprises Tartakovsky doesn’t want to get into before the premiere. But the show’s mastermind teases, “It’s something that I wanted to do in animation and I don’t think it’s ever been done to this level or the level that I’m hoping that we’re doing it.”

More importantly, Jack has a conclusion — 12 years in the making. “This is it. This is the definitive end, and it’s a great end,” Tartakovsky says. “I haven’t seen it yet, but I’ve storyboarded it, and I think it’s super satisfying, and it should close the door for me for Samurai Jack.

However, he wouldn’t object if someone wanted to fill in the gaps. “Now, look, there’s 50 years between season 4 and season 5,” says Tartakovsky, “and if somebody wanted to jump in and do some stories in between, but for me this is the end.”