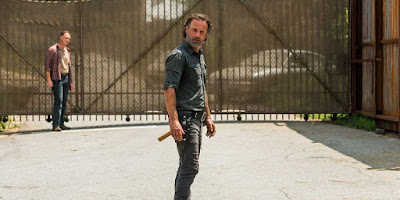 THE WALKING DEAD
[Source: SyfyWire] Ahead of The Walking Dead's eagerly anticipated return this coming weekend, AMC has released a new midseason promo and a couple of featurettes.

First things first. The latest (and rather intense) promo boasts some cool new footage from Season 7B, including a look at one of the freakiest zombies I've ever seen on the show — one that looks like it stepped right out of Clive Barker's Hellraiser (see Exhibit A below). Also: Daryl (Norman Reedus) finally has his crossbow back. All's right with the world. 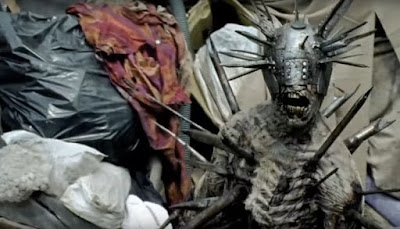 In the first featurette, showrunner Scott M. Gimple takes us through the new communities that populate the TV show's zombie-filled world. So far, viewers have come across the Hilltop, the Kingdom, Ocean Side, the Sanctuary and, of course, Alexandria.

As for the second one, it picks up right where we left off with Rick (Andrew Lincoln) and the gang. I don't know about you, but I'm glad to see badass Rick re-emerge from under Negan's (Jeffrey Dean Morgan) shadow barbed-wired bat, Lucille.

The Walking Dead returns on Feb. 12 on AMC. Check out the videos below and let us know what you think.