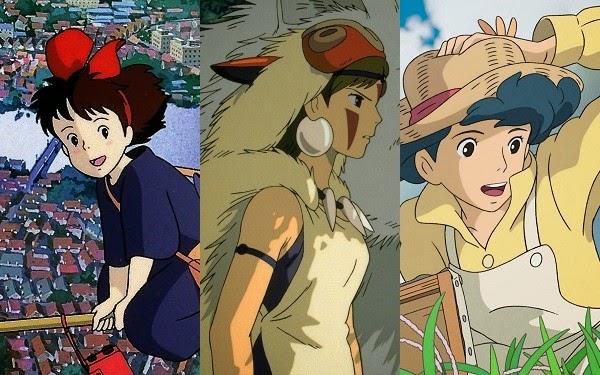 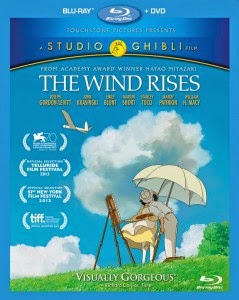 Jiro dreams of flying and designing beautiful airplanes, inspired by the famous Italian aeronautical designer Caproni. Nearsighted and unable to be a pilot, he becomes one of the world’s most accomplished airplane designers, experiencing key historical events in an epic tale of love, perseverance and the challenges of living and making choices in a turbulent world.

Bring home the film that has dazzled fans and critics around the globe. Bursting off the screen with spectacular picture and sound and featuring fascinating bonus material, Miyazaki’s masterpiece, The Wind Rises, is breathtaking on Blu-ray! 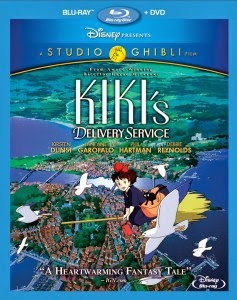 Discover Kiki’s Delivery Service, a fantastic coming-of-age tale full of magic, adventure and self-discovery from the sensational imagination of Academy Award®–winning director Hayao Miyazaki (2002, Best Animated Feature, Spirited Away). And now you can explore even more of Kiki’s amazing world through never-before-seen bonus features—exclusively in this 2-Disc Special Edition!

Kiki is an enterprising young girl who must follow tradition to become a full-fledged witch. Venturing out with only her black cat, Jiji, Kiki flies off for the adventure of a lifetime. Landing in a far-off city, she sets up a high-flying delivery service and begins a wonderful experience of independence and responsibility as she finds her place in the world.

Bring home Kiki’s Delivery Service from Studio Ghibli and Disney for the first time ever on Blu-ray, and share Kiki’s high-flying adventure again and again. 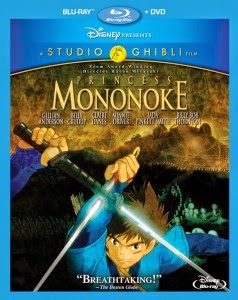 Witness the majesty of celebrated animated film director Hayao Miyazaki’s masterpiece, Princess Mononoke, for the first time ever on Blu-ray High Definition. This exquisitely animated, critically acclaimed adventure from one of the most illustrious filmmakers of all time is now even more spectacular with dazzling HD picture and sound!

Inflicted with a deadly curse, a young warrior named Ashitaka sets out to the forests of the west in search of the cure that will save his life. Once there, he becomes inextricably entangled in a bitter battle that matches Lady Eboshi and a proud clan of humans against the forest’s animal gods…who are led by the brave Princess Mononoke, a young woman raised by wolves. This monumental struggle between man and nature will have you transfixed as stunning artistry blends with epic storytelling to create a uniquely entertaining motion picture. Experience it like never before on Disney Blu-ray!
Posted by anim8trix at 12:00 AM